Just when I thought it was all over and I had finished this article never to look back at this terrible game again, I received an email. Warning: Contains blocks of text from angered Planeshift players that aren't very funny. I tried to bold the interesting parts since this could turn out to be quite a boring page. 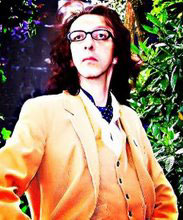 Hello Khad. I see you posted your article two days early. I must say, you should have spent those two days revising it to make it a bit more, well, funny. You came off as a crybaby who could not get the candy he wanted. I'd like you to have a look at this thread for our 'reactions' to your trolling:

Frankly, we owned your ass. I did notice you neglected to mention that some of your 'trolls' actually had fun playing and roleplaying, and have returned to the game to play, rather than troll. They might even become regulars. Your MMOroulette has the smack of EPIC FAIL on it this time. But, I assume your pride will not let you link to that thread in your article. You do not like the idea of your people getting bested at your own game.

Am I angry at your article? Hardly. I find it just as amusing as watching your rats run our gambit. You came off as pissed and whiny, rather than amused at the pranks you were playing. You really put a poor effort into the entire thing. We got the jump on you this time. Maybe you should come to us for pointers on trolling your next game. We did have something else planned for your goons, but since you wimped out and posted your article early, we had to call it off. Even Induane was in on it. Would have shown your lame trolls how its done.

Anyways, hope you do better on your next roulette. Cheers!

ps: Even more amusing is the fact that Talad (Salad to you) was on vacation this entire month, and will not get back until the end of the month. Perfect timing. You really put it to him.

Oh man an email from someone already about Planeshift. Someone, mind you, who uses terms like "EPIC FAIL" and "WE OWNED YOU" so I almost disregarded it completely. However, when I saw the thread and how much they "Owned" us, I couldn't help but post both the email and posts from the thread. I also really don't care if Salad was out for the month and I don't even know the guy. Let me point this out: this article isn't about him. I will also talk about Rebbie's hypocrisy about trolling a bit later.

The original post in their thread by "Under the Moon" states: 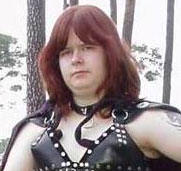 [...]What Khad and Co. have discovered is what I have started calling the troll firewall. It tends to quickly weed out those people with ill intentions who have little patience, short attention spans, or -well- less than average intelligence who tend to think 'quality' trolling is hopping into a game for five minutes and tossing about some lowbrow humor until they get banned. I believe that is what the crack about Khad's short attention span was about. I am glad at least some of the folks have endured the 'tutorial hell' and a few quality trolls have made it in. Really, you just have to read what the NPCs are telling you, or use the walkthrough.

Ok, to those brave souls who have made it into the game, bravo! You are one dedicated bunch of trolls. You have passed the Trials of the Updater, leaped the Pit of Bugs, survived the depths of the Cruel Creation, and defeated the Tutorial Chamber of Terror. Welcome to... the middle of nowhere. Not a soul is in sight. Where are you? What are you doing? A read of the Settings would give you the basic idea, but not much more. Well, since you are a troll, I guess that does not matter much. On to the trolling... if you can find someone to troll, that is. Most people are off in the more interesting spots, and your personal middle of nowhere is not one of them.[...]

So in order to keep trolls out of the game, they make it as hard as possible for anyone that wants to play this game? Isn't that really just punishing those that seriously (for whatever bozo reason) want to play this game? Guess as long as no one can come bother you it is worth it!

I also like how these guys are possibly the most hypocritical bastards that I've seen in a community. In order to get rid of a troll they attempt to troll him back. In fact, the email sent to me is just one giant block of trolling text to get me to make this response (and gives me a bunch of material for my article). So these guys want to get rid of trolls and when making your game practically unplayable does not work, they become trolls themselves.

Aww, they gave up before the deadline. I find it interesting that Khad was unable to make it out of the tutorial, despite citing the tutorial for the tuturial several times.

Actually, I didn't give up at all. There is a flaw in the publishing system that sometimes puts these articles up (but does not create a link until the publish date). I guess I am not the only one that needs to do some research, right?

I also could have made it out of the tutorial but I ceased to care about a game that sucked so much ass. I know it may seem like a shock but I have better things to do than recite "yes, ready, ready, yes, give me a quest, yes, ready" over and over again.

Pretty pathetic roast, if you ask me. I thought the idea behind SA was to find lame things and exploit their weaknesses. Instead they are examining everything with a view towards making it appear as though it were lame, regardless of whether it really is or not. And if it isn't, then they resort to injecting some of their own lame behaviour to try and prove their point. Weak. Just weak.

Well usually you roast people/things you like, so I would never call this a roast. I also only talked about our trolling in one section and not the entire article. Trust me, this game is extremely lame and I tried to cover as much as I could without boring everyone to death, much like this last page must be doing.

Final words: Your game sucks. Get over it!

I had to give them a bonus -10 points for sending me hate mail about an article before it was even posted.