The space station Babylon 4 was launched in 2254 to provide an outpost for humanity to interact with various alien species. Shortly after its launch, Bablyon 4 disappeared. Babylon 4's disappearance led to the commissioning of a TV show developed by J. Michael Straczynski and christened as Babylon 5. 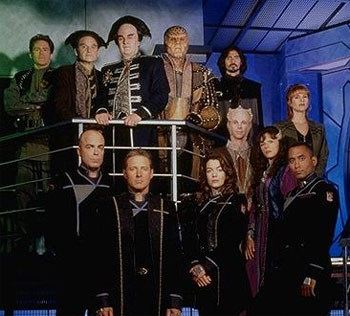 By all rights Babylon 5 belongs on roughly the same quality rung as Andromeda. It might be a little better, but many of the characters are even more ridiculous than those in Andromeda. Unfortunately, you can't talk about Babylon 5 without talking about its legion of rabid fans, and therein lies the difference between the two. Nobody gives a shit about Andromeda, but fans of Babylon 5 give all of the shits they can get their hands on and then some. 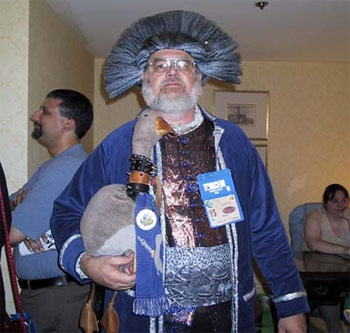 If only Babylon 4 had just stayed put, this all could have been avoided.

"Heidegger claims that everyone dimly senses that there is more to life than conforming. As Morpheus says to Neo, 'It's like a splinter in your mind.'"

- Hubert Dreyfus and Stephen Dreyfus, The Brave New World of the Matrix


The 1999 release of The Matrix created a buzz of excitement in audiences. It seemed at last Hollywood had delivered on its promise of scifi action with great special effects that served a purpose and advanced an interesting plot. The Matrix was dark and pretentious, sure, but it was also fun and full of innocent kung fu wonder. Fans could forgive Keanu Reeves because the movie seemed made for an emotionless drone like him to explore the bendy reality the Wachowski brothers had created. 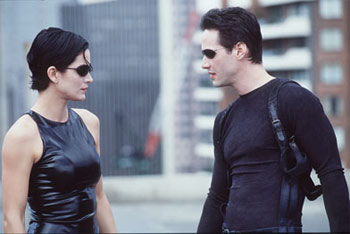 The movie was so successful that Warner Brothers immediately greenlit two sequels to form a trilogy of Matrix blockbusters. The potential for the franchise seemed limitless. Fans were overjoyed. Matrix fever had set in among the populace.

On the Internet, something much more dire began. The Matrix, with its gumbo of philosophical and religious mysticism, had become the topic of choice for thousands of Internet Platos. Days after the film's release message boards were filled with analysis. Weeks after the release people were writing 3,000 word essays for fun and dropping names like Kant and Heidegger in the same sentence as Keanu Reeves. By about the three month mark liberal arts colleges in California were teaching classes about The Matrix. 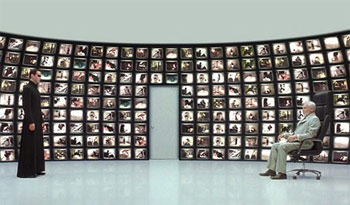 I can't say for certain the Wachowski brothers personally read any of these articles, but their infrequent interviews and news coming out of Warner Brothers sounded ominously like they were now considering The Matrix to be the great philosophical masterpiece of the new century. These ill-omens proved true when The Matrix Reloaded hit theaters. The fun and mystery of the first movie were missing, in their place was a monotonous stream of mega-budget gun battles and outrageous dialogue steeped in the sort of bullshit philosophy a stoned robot might come up with.

"Your life is the sum of a remainder of an unbalanced equation inherent to the programming of the matrix. You are the eventuality of an anomaly, which despite my sincerest efforts I have been unable to eliminate from what is otherwise a harmony of mathematical precision. While it remains a burden assiduously avoided, it is not unexpected, and thus not beyond a measure of control. Which has led you, inexorably, here."

- The Architect, The Matrix Reloaded

Suddenly, those deep thoughts didn't seem quite so deep. The brothers Wachowski had swapped pointless complexity, a full-on Christ story, and gallons of bullshit for the first film's vague references. The deep-thinker Matrix fans got exactly what they asked for, and it sucked.