2. A robot must obey orders given to it by human beings except where such orders would conflict with the First Law.

3. A robot must protect its own existence as long as such protection does not conflict with the First or Second Law.

According to scifi author and nerd prototype Isaac Asimov, the Three Laws of Robotics date back to 1940. They have become a staple of science fiction and were explored heavily by Asimov and other authors in dozens of books and short stories. Within the context of these works loopholes were routinely found and the list of rules was sometimes expanded.

The sad truth about the Three Laws of Robotics is that they are entirely removed from reality. Even in Asimov's heyday the military was developing and deploying computer-controlled machines designed to kill. Even if you exclude single-purpose automatons like guided missiles, the information age has given birth to as many lethal robots as friendly helpers. For every creepy Japanese astronaut droid dancing and playing the saxophone there is an X-47 patrolling silently at 30,000 feet and looking for a target to waste with a missile. 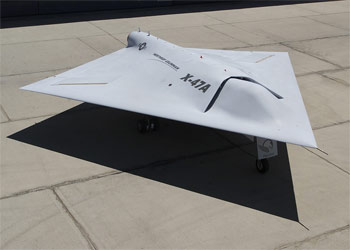 It's sad to think that the airborne Frankenstein of the terrible movie Stealth is more accurate than the life's work of technological optimist Isaac Asimov. For mankind's wasted time thinking about the Three Laws, Daneel Olivaw's guiding philosophy snags the 7th place on the list.

Planet of the Apes is a classic of science fiction, but its success placed it on a very sad path. The Heston original was followed by many terrible sequels, each more mind-bending and strange than the last. Apes time-traveling back to human earth, joining the circus, having a baby, and teaching the other apes how to talk? Sure, whatever! Throw it all in there! 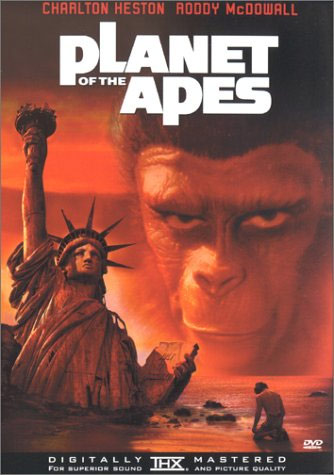 Even the DVD cover is trying to ruin the movie!

It was as if some evil force, like maybe 20th Century Fox, had rammed the franchise repeatedly into a ditch until it caught fire and burned into a few monkey skulls and a human doll that talks. Those unfortunate fans of the original movie who witnessed the violent decline had their memories of the original movie tainted by the experience.

Then, silence, the indignities came to an end. The sequels and TV efforts were slowly forgotten and only the original remained standing. Fans could breathe a sigh of relief. The worst was over.

Until 2001, when the worst came roaring back with Tim Burton's stunningly terrible "re-imagining" of Planet of the Apes. No sequence "re-imagined" by Tim Burton in his version is superior to the original, but the real affront comes in the closing minutes. The astronaut returns to earth, only to find that the Apes have already taken over and the statue of Abraham Lincoln in Washington has been replaced with an Ape version. 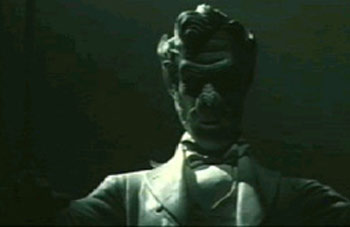 In the words of Roger Ebert, "Ten years from now, it will be the 1968 version people are still renting."