There are hundreds of terrible science fiction video games, but to make it onto this list it takes an epic saga like Wing Commander and an epic mistake like Kilrathi defector Hobbes going traitor in Wing Commander III: Heart of the Tiger. 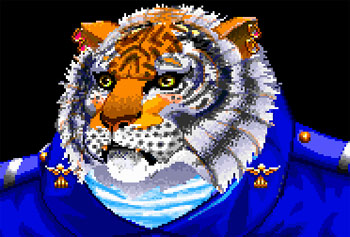 The lovable fur-suiter from Kilrah appeared in prior Wing Commander games and his defection to the Confederacy was a source of much drama during the story portions. Many of the human pilots hated him and assumed he was a traitor. Even in Wing Commander III you were given the option of becoming one of the few voices sticking up for Hobbes while everyone else warns that he's an untrustworthy monster.

Then Hobbes transmits the plans for the human's war-ending bomb to the Kilrathi, kills a human pilot, and escapes. Some fans of the series claim double-traitor Hobbes did what he did because of his conscience, but all signs in the game point towards a totally retarded sleeper agent plot. He was evil all along. 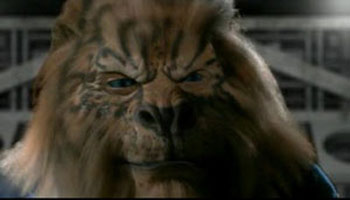 The moral of the story is...distrust outsiders and never stick up for the weird guy everybody hates. Was the "Hobbes is a traitor" plot a genius double fake-out? Was Chris Roberts an overrated doofus when it comes to stories?

I think Chris Roberts answered those questions with his Wing Commander movie.

In 1988 comic industry golden boy Frank Miller was asked to write a script for a sequel to Robocop. He happily accepted the opportunity to write the screenplay for one of his favorite movies. The unfortunate result of this endeavor was Robocop 2, a fizzle that saw Robocop hunting drug dealers and facing off against a reincarnation of ED-209 controlled by a ghost in a TV screen. 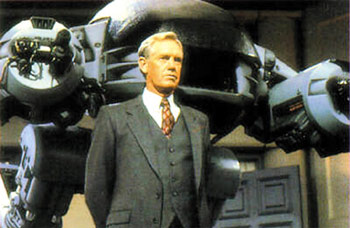 It was a bad movie. It had its moments, but it was a bad movie. Miller felt terrible and claimed the Hollywood system had twisted his wonderful screenplay into a nightmare. The producers sent him stupid notes all the time and the studio chopped the footage to pieces. He had inadvertently helped turn a beloved franchise to shit and he mentions how sorry he is to this day.

He can be forgiven. He was young and inexperienced, Hollywood chewed him up and spit him out. He learned his lesson. Which begs the question...

Why the fuck did he agree to write Robocop 3!?

What kind of masochistic shithead agrees to return to the torture mill only to pen a screenplay that sees Robocop flying with a jet pack and fighting robotic ninjas? Frank Miller, of course, and no amount of apologizing, no number of good Robocop comics, will ever make up for him helping to ruin Robocop. He saw what happened with Robocop 2 and he went ahead and cashed a check to write Robocop 3. Miller's contrition won't keep him out of the 16th spot on the list of Most Awful Moments in Science Fiction.