How do you follow up a classic like Aliens? If you're 20th Century Fox you hire an untested music video director named David Fincher, hand him a piece of shit script about a prison colony, and then brow beat him into producing the worst possible Aliens movie. At least the worst possible Aliens movie until the next one, which would prove to be even worse. After that, well, the aliens retired to fight predators and we all know the result. 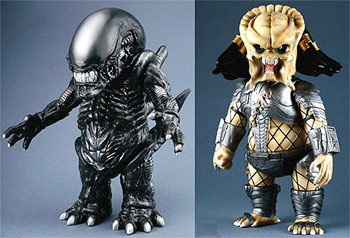 Over the years the views of many people about Alien 3 has softened. It shouldn't have. There are redeeming qualities to be found in Fincher's work on the series, but you have to ignore the travesty factor. First among the travesties was killing off two of the four main characters that survived Aliens at the very beginning. Not only do Newt and Hicks die ignobly in the crash of the Sulaco's escape pod, they perish off screen. Ripley and the audience are told that they are dead.

Hicks? Hicks!? HIIIIIIIICKSSS!!!!!
Much has been written about the many screenplays floating around that were considered for Alien 3 and how these scripts might have saved the movie. None of them are really that great and some, like William Gibson's, border on complete insanity. Humans changing into aliens because of a virus? Wooden planets? These are just as stupid as the prison.

On the other hand, Newt and Hicks survived in those scripts, and it's hard to deny that the proud Aliens franchise has never recovered from the lame deaths of Newt and Hicks in those opening minutes of Alien 3. We miss them both and their deaths will forever be remembered as the 10th Most Awful Moment in Science Fiction.

"The Force is what gives a Jedi his power. It's an energy field created by all living things. It surrounds us and penetrates us. It binds the galaxy together."

"The reading's off the chart - over 20,000. Even Master Yoda doesn't have a midichlorian count that high."

In the original Star Wars trilogy the Force was a mystical energy that suffused all things and could be manipulated and sensed by a Jedi. In the prequel trilogy the Force isn't so much sensed as detected by a CSI blood test and the Jedi Powers are derived from microorganisms inside their DNA. Comparing the two approaches is like comparing years of martial arts training to picking up a floating video game power up.

It also begs the question, has Lucas created a Jedi Master race? They are verifiable as genetically superior to all other lifeforms in the galaxy. It only makes sense for them to rule over the plebes. 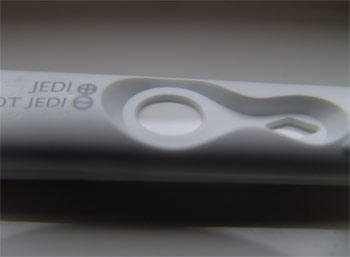 Though only a few lines are devoted to midichlorians in the Star Wars prequel trilogy, the damage has been done. Ruining the Force with pseudoscience babble easily takes the 9th slot on our list of Most Awful Moments in Science Fiction.