Hell In a Decorative Handbasket 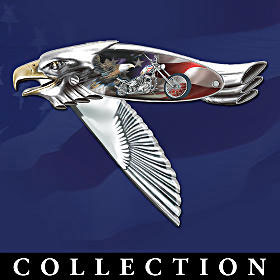 Just as you can't make an omelet without cracking some eagle eggs, you can't really write one of these updates without featuring some inexplicable eagle merchandise.

At first I thought this was some sort of retarded fishing lure designed to capture the attention and allegiance of overly patriotic fish, but no, it's an incredibly stupid pocket knife that can barely even be used for stabbing shit because all these stupid tailpipe and beak protrusions make it hard to grip.

According to the product description, this knife entitles its owner to experience "full-throttle freedom," which is a pretty profound thing to claim. I'm not sure how they intend to deliver on that promise, since it's a really abstract kind of thing. Like my idea of freedom might be never having to pay taxes again or being legally allowed to stuff cats in barrels and hurl them off highway overpasses at oncoming cars. Is this knife going to allow me to do that with impunity?

Probably not, and that's why true freedom is an illusion and this knife is bullshit. 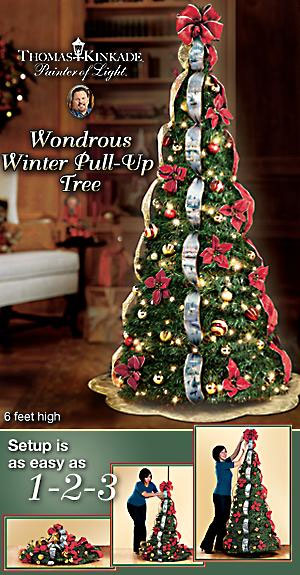 I'm not a particularly big fan of Christmas or the tree that bears its name, but even this offends me. And when I say that, I'm not even taking into account the fact Thomas Kinkade ejaculated all over it, leaving it completely drenched in his sticky, mass-produced imagery. Normally that would also offend me, but it's hard to make a glorified pile of crap any worse.

This thing might as well be inflatable and made out of rubber. And since we're talking about inflatable rubber things, it might as well be one of those awesome inflatable gorillas they put outside of car dealerships and fireworks stores. Those things are boss and do a much better job of capturing the true meaning of Christmas: celebrating the successful arrest and conviction of the outlaw Jesus Christ. 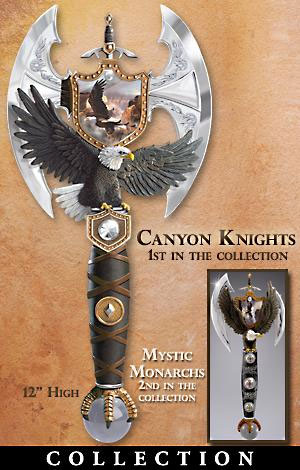 I AM THE LORD OF THE SUMMIT! RAAAHHHHHH!