If It's Not Too Late, I'd Still Like That E-Hug

I forget your name, but you emailed me a month ago. I'd posted an article where I was sad about something. Maybe it was cards with cute animals pleading you to be happy because they're trapped in the card and can only feel happy through the cardholder. In your email, you wanted to give me an e-hug.

I never replied, because honestly I was afraid. I've never been e-hugged by a man and I was worried I'd enjoy it a little too much, meaning I'd get addicted to male e-hugs and would spend the rest of my life in chatrooms cybering for them. However, I'm now reconsidering your offer due to a recent crisis I've been through. I'd like to tell you about it if you don't mind. It's a little personal, but after your email I consider you a close friend.

This monday, I got out of a failed relationship. Well actually the girl never went out with me, which is the main thing that failed. She said sex would destroy our friendship. "And build a relationship in its place?" I asked. She looked frustrated and said she wouldn't date me if I was the last man on earth*. (I'm paraphrasing, because her full remark was a description of the deaths of every other man on earth too graphic to write here.)

The next day, she died. The doctor said she'd overdosed on substances that simulate cocaine side-effects. I'd known about her side-effect addiction; she thought side effects are the best part of drugs because they affirm drugs' pleasure if you're willing to suffer them. I thought she'd pull out in time. She hadn't. At the funeral, I thought of all the things I wanted to tell her but couldn't, because the line to the casket was too long and I had to go to the bathroom. 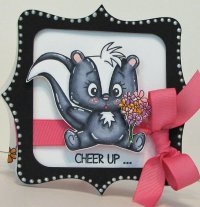 In the bathroom, I met a guy named Oscar. He's a professional mourner who gets paid to cry at funerals. It sounded like a good job, until he told me its downside. Pro-mourners cry so much it dehydrates and destroys their mouth like crack. They can't afford dentists (pro-mourning doesn't pay much) so they abuse morphine. They basically resign themselves to misery.

All in all, not a bad plan.

But one thing keeps Oscar going. People see him crying and feel better, knowing their grief is in professional hands. Pain is a science, and only the educated - the ones too far gone to save themselves - can help the dilettantes. This, and Mexican heroin, are what make Oscar's life worth dying.

So if it's not too late, I'd still like that e-hug. With one condition: you have to use a proxy. Find someone else, someone thinking of giving up, and e-hug them. Maybe you can keep them from becoming like me, or at least from shooting up in funeral-home bathrooms like Oscar.

That would make all the difference in the world.