Welcome to the Big Middle of America Apple! 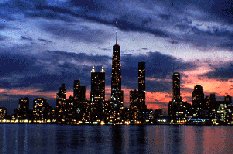 Chicago is known to the Egyptians as "The City by the Sea".Chicago is the gem in the crown of the Midwest, it has the tallest building in the world not counting that lyin' cheatin' tower in some Asian country that only wins because of the radio antenna. It may not be Paris or New York when it comes to fashion, but people here tend to wear shirts when grocery shopping, which is a whole new experience for me. The sheer number of non-Taco Bell establishments that sell tacos is staggering, as is the volume of the non-Pizza Hut pizza places.

The bright lights and big city traffic is incredible to a regular country bumpkin like me who pisses his pants if there is someone behind him at a stop sign. Driving in Chicago is similar to having sex with a mummy; you're probably going to get where you want eventually but it's incredibly abrasive and not at all pleasant. While you can put makeup on a mummy and use lubrication the only way to positively enhance the experience of driving in Chicago is to drink a lot beforehand, and this is frowned on by "Johnny Law". My incredibly helpful former roommate and friend assisted me in the move by driving with a U-haul trailer attached to his already behemoth Suburban SUV. Maneuvering that fucking monster in a city where double parking is encouraged on streets barely wide enough for one car to drive is a nightmare I don't envy him.

But hey, he got two slices of free pizza, which much more than compensates him for over ten hours of hellish driving!

It feels good to be here though. My AOL girlfriend Michelle and her cats seem pretty pleased to have me here and most of my crap is already unpacked. Once we get the network situation straightened out - the final step in any 21st century loving co-habitation arrangement - I'll be back to my normal self. It's a weird being somewhat separated from the Internet. I have a mental image of the porn spam filling my e-mail box with throbbing studs and barnyard love messages, idiotic investment spam that contains more HTML than Microsoft's web site, and scam e-mails from fake African diplomats who just need my bank account number to wire me millions of dollars. No doubt if we get everything sorted out tonight I will spend something like an hour with our connection choked as the septic tank of my inbox is flooded with more shit than an outhouse at a pie-eating contest.

Many of you might not know this, but I'm also leading a game development project with about three dozen of the SA forum's members involved. I am anxiously awaiting contact with the team leaders and fear that when I talk to them they will inform me that the theme of the game has shifted from a cyberpunk role-playing game using the NetImmerse engine to a Go Bots first-person shooter using the Build engine.

Me: So how have we made any progress on the engine feasibility test?
Lead Programmer: Yeah, all of the design features will work just fine, I think we should be able to use animated sprites to represent the transformation process. The one sticking point is turning out to be CopTor's helicopter blades; we're running into a lot of trouble with clipping.
Me: That's…wait, what?!
Lead Programmer: Oh yeah, the game's title has changed to "Go Bots: Battle for CyKill's Heart" and you play Leader One and you have to try and win CyKill over by seducing his henchmen one by one. You shoot hearts at them until their resist-o-meter drops to "love".
Me: What a wonderful new direction this project has taken!

Actually they're good and intelligent guys, I doubt anything like this has happened, but if you haven't noticed I'm so neurotic I make a Chihuahua undergoing KGB interrogation seem nonplussed by comparison. 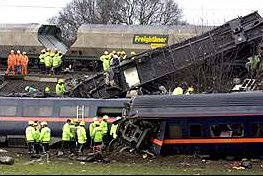 Yeah, this went in the direction I intended.Lowtax is another issue, he can no doubt attest that half of the time when I'm completely out of communication with him he does something crazy. The last time I visited Michelle in Chicago he threw the forums into chaos with his heavy-handed deletion of various mainstays like "General Bullshit" and "The Comedy Goldmine". He replaced them with a forum for discussions of fabric and fabric prints and another called "My Hair" in which people could offer him hair advice and he would take pictures of how hairstyles turned out. I loaded the front page last night and I was frankly surprised that it hadn't turned into a site devoted to fan fiction about his cat sleeping.

That's not to say I don't let my bad ideas air when Lowtax is away. The last time he went on vacation I thought it would be a great idea to post my privately infamous "In Honor of the Driver" article (NOTE FROM EDITOR: Zack apparently "forgot" to include the link to his horrible-ass "Driver" article. I thoughtfully posted it for you, the readers. Oh, and in case you missed the link, you can find it here as well). I received so many death threats (almost twice as many as I usually get) from that article that I was tempted to cancel my plans to move to Chicago and instead rent one of those nuclear missile bunkers in Arizona. Seeing as how very few of the death threat I receive actually translate to attempts on my life, I steeled myself, and opted to proceed with my mission to relocate.

I've managed to get myself way off topic though, this was originally intended to be an article detailing and exaggerating the trials and tribulations of hauling my carcass and my carcass's possessions across three states. Since it derailed into a rant about all of the things that might have happened while I've been away, let's not follow this train of thought on its side until it crashes into a chlorine facility right by the frontage road. Instead I will leave you knowing that I am more content than I have ever been in my entire life and you can definitely expect the quality of my updates to deteriorate rapidly! Have a good weekend!

Why yes, good sir, it is Photoshop Phriday! This week the roaming Goon hordes conquer the land of inappropriate children's toys. If there is one group out there most fit to produce toys completely unsafe for children, it just has to be the Something Awful Goons. Okay, so maybe Disney is more qualified than us. Anyway, here is a sneak of a peak: