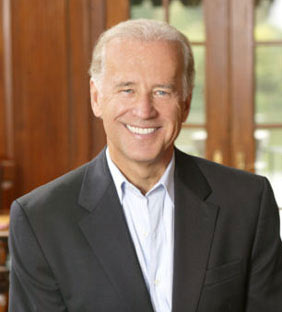 With elections just around the corner, we need to work harder than ever to keep Republicans from gaining ground. It's not enough to energize the Democratic base -- we need to reach out across the aisle to Americans of all walks of life and political beliefs. I've been working tirelessly alongside countless volunteers to help ensure Democrats can continue to rebuild and strengthen the economy, create new jobs, enact tough Wall Street reform, and improve health care.

The great thing about being out on the campaign trail is the downtime. At the end of the day, I like nothing more than retiring to my hotel room and watching some TBS. Lately, thanks to a portable DVD player I got as a gift, I've been getting deep into the first season of a sensational TV program called "The X-Files."

Let me tell you, I've never seen anything like this. From the first episode involving the mystery of lost time and alien abduction all the way to the creepy episode "Beyond the Sea," I'm enthralled! There's been a few duds in the mix, like "Ghost in the Machine." It felt like a clumsy retelling of "2001: A Space Odyssey." I was also disappointed by "the Jersey Devil," because it got so many details wrong. Hits like "Ice" more than make up for the misses. I've never been more grateful for my government-provided health care, because that episode gave me the worst case of the willies I've ever gotten.

My only major complaint about the show is that I wish it had more of an overarching story. I'm told that part picks up in later seasons, so that's good news. Bring on the aliens! I'm dying to see where that goes. A lot of you are probably wondering if there are really extra-terrestrials out there, or they've made contact with the American government. Let me just say this: The truth is out there. ;-)

The other great thing about campaigning is getting the opportunity to meet all of the honest, hardworking Americans that make this country great. It's easy to get disconnected in Washington, so meeting ordinary people and hearing the stories of their struggles and triumphs is a tremendously refreshing and eye-opening privilege. It's also a huge relief when they've seen the X-Files. 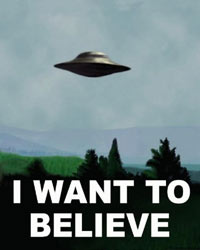 Right now there's nothing more exciting than meeting a single mom struggling to make ends meet, and hearing what she liked best about the series, and also how hard it is to pay her bills. When you meet the parents of a soldier serving in Iraq or Afghanistan and hear that they're die-hard X-Files fans, it really gets my blood pumping. I just wish I was further along in the series so I could talk to them without having future story lines spoiled. I've had to yell at a few smartasses who got all blabbermouth with the spoiler talk, even after I told them I was just starting and only a few episodes in.

I can't wait to wrap up this email, because I'm going to start on episode 14 right away. Thanks to a young man I met in Delaware, I know it's going to involve a killer who can change gender. Given the progress made by transgendered people in the past few decades, this should make for a compelling and timely episode!

One of my favorite parts of the show is the dynamic between Mulder and Scully. It's great and not unlike the dynamic between Barack and myself. Barack is driven and impulsive in his pursuit of truth, but my reasoned, scientific approach keeps him from going off the rails. I think that's why we make such a great team.

Speaking of Barack, he's been insisting I watch a program called "The Wire." He's gone so far as to loan me season one with explicit instructions that I have to watch at least 6 episodes before drawing any conclusions. I plan to get into it eventually, but I want to see this X-Files thing through. With eight more seasons after this one, I think I'm going to be hog heaven for quite a while. If season one is any indication, this show is going to be truly remarkable by season nine.

That's not all: Last month I discovered a "Sony Playstation" while sorting through some of Beau's old things. I tried out a video game called "Metal Gear Solid" and it was just terrific. I couldn't get very far, so I enlisted the aid of Mark D'Arensbourg, one of our talented interns. He was able to beat the game for me while I watched on, immersed in one of the best espionage stories I've seen in a long time. I plan to have Mark play through a number of other games for me as soon as I get back to Washington.

In closing, the Republican Party has made it clear they're determined to hold up any progress in rebuilding the economy. With the nation still healing from the Bush years, there's simply too much at stake. We're not out of the woods, and we're not going to be if the Republicans get their way.

If you can spare even $15, your donation will help bolster our efforts to keep America on the right path.

Be sure to check out the X-Files Fanpage I had my staffers put together. You can view it here: