Inscription below a cartoon of a crying eagle
September 12th, 2001

CBS reality TV show Kid Nation, which aired its final episode of the first season Wednesday night, was a Golding experiment in child psychology. 40 kids between the ages of eight and fourteen were loaded onto a bus and transported to an abandoned mining town in the New Mexico desert. They were then left with no adult supervision to create a society of their own. 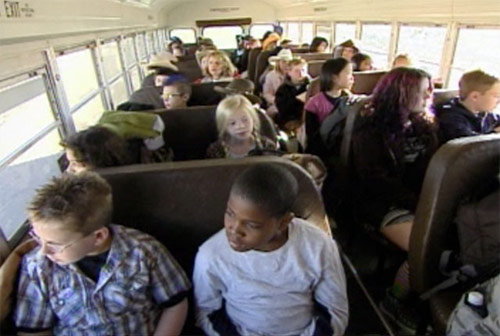 The kids arrive in Bonanza City unaware of the ordeal awaiting them.
In September, just before the series aired, I made my predictions about which kids would succeed in the new society established in Kid Nation, and which would fail. Now that this fantastic series has ended, I think it's time to revisit the show and my predictions and compare them to what really happened.

I admit, I was wrong. Twice.


Kid Nation didn't suck at all. In fact, it was great! The end of Kid Nation left me with that hollow feeling of longing I only get from the end of a season of The Wire or Deadwood.

I also predicted the fates of certain members of the Kid Nation cast. With the exceptions of Sophia and Nathan, my predictions could not have been more wrong.


"Lift now your sullen brows and look to the light that shines down from the Alexian Throne. We are not alone or rudderless, we are guided by Him! We march with Him! On this path, on this crusade, countenance no doubt that we are the inheritors of destiny!"

- Nathan Pontifex Maximus
The sermon of the Founding


In the beginning anarchy reigned in Kid Nation. As the bus that carried them to Bonanza City departed over the horizon, the children reverted to their basest instincts. For two days tribes formed and disbanded, individuals scavenged and fought for food, water, and shelter. Leaders ruled their tribes as petty warlords.

One of the most charismatic and aggressive of these leaders was Alex, a boy of only nine who encouraged his tribe to act and behave in as civilized a manner as possible. He held court in an abandoned tannery where he sought, with the help of his loyal advisers Jared and Nathan, to establish the rule of law in Bonanza City. 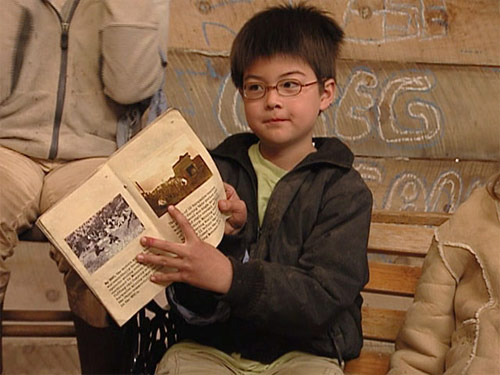 Alex was the boldest and wisest of the warlords.
Alex enticed several of the strongest children to join his tribe with offers of favor and provisions. Overnight they became the most powerful tribe, easily securing whatever barracks they chose and taking what food they wished.