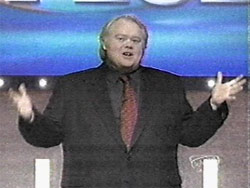 The category on Family Feud was "Things You Might Find in a River" and my guess was missing hookers. The Corwen family thought driftwood was a better answer. I suppose it was, since truth be told no one really misses a hooker, but their response seemed unimaginative to me. The American public, or at least that peculiar breed of creature willing to participate in Family Feud surveys, agreed with the Corwens. Driftwood was the number one response.

It was the year of our Lord 1900 and 99 in the month of September. Mankind was careening towards the looming techno-apocalypse and already shops in Tucson were plastering their windows with brightly-colored signs that implored passerby to, "Stock up for Y2K!"

The news warned almost daily that in the aftermath of Y2K technogeddon cash registers and electronic commerce might be unavailable for days or weeks. Planes would fall from the sky and hospital breast pumps would cease to draw milk. In such dark times, the signs beckoned me to enter and buy 100 cans of peas and a box of brackets for hanging picture frames in the event that I need them as the cities of man fall to ruin.

These were my gifts to Todd when I arrived at his basement apartment. He thanked my sullenly and opened a can of peas with a church key, drinking the syrup and peas both in deep gulps. He opened and handed me one, but I'm more of a canned pea sipper. I like to savor them, I said.

Todd gestured at a lumpy sofa the color and texture of a cat's regurgitated hairball and Sherpaed the peas into the kitchen. The couch was partially occupied by a bald man sporting a goatee and wearing leather pants and a t-shirt that read: SINNER'S BALL 92. He nodded to me and half-raised a jam jar full of milk in salute. I sat as far away from him as the couch would allow and tried to focus my attention on Family Feud.

Sinner's Ball glanced at me scornfully.

It was the number two survey response.

"Number one is car," Sinner's Ball sipped his milk.

Todd returned and crammed his thin frame between us on the two-seat couch.

Sinner's Ball set his glass of milk on the coffee table and extended a damp hand to me across Todd's chest.

I shook his hand and he squeezed mine forcefully in return.

"He used to be in the JDL," Todd observed.

"Long time ago," Mordechai explained, "before I got into the lifestyle."

"I have three slaves," he said.

Mort glared at me, I pretended to be occupied by my can of peas.

"He's a dominant," Todd explained in an unwanted effort to ease tensions.

"Are you just a dominant when you're doing the S&M stuff or all the time?"

"It's called lifestyle for a reason," Mort answered. "I'm a dominant 24/7 in everything I do."

We sat in silence for several seconds, a conversational impasse reached. I wanted to pry further into Mort's unusual history and lifestyle, yet I had already managed to piss him off. Mort seemed content to sit solemnly observing the downfall of the Corwen clan at the hands of the more survey-minded McMillans. 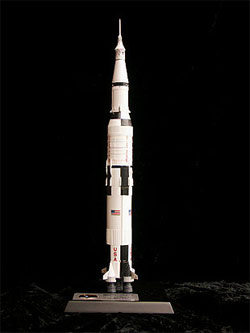 Todd: a man who drinks canned peas and spends his money on a 6-foot rocket. I was beginning to doubt I could survive an overnight stay in Todd's apartment.

"So how do you two know each other?" I asked and then absentmindedly sipped my can of peas.

I nearly gagged, but held my composure to some minor eye-watering and a single strangled choke.

"We belong to the Model Rocketry Society of Tucson," Todd explained. "We were both in the SCA, but there was a dispute over what direction the club was going to take. Nathan wanted to do the armor stuff, Judd wanted to do…"

"Yeah, robotics. Me and Mort and Darian broke off and started the Model Rocketry Society."

"I hoped you would come to check it out," Todd added. "I can't really go out drinking tonight because we have to work on the boosters."

I had no intention of witnessing their model rocketry, but Todd's rain check on our planned bar crawl didn't bother me in the least. Based on past experiences, going out drinking with Todd was the sort of invitation to disaster that compares unfavorably to mounting an ejection seat in a helicopter. The man had once been arrested for biting a girl on the leg at an under 18 bar in Orlando.

Booze turned him ugly and unpredictable. Even at about 100 pounds he was dangerous in that same sort of way a squirrel can be dangerous. I mean potential rabies.