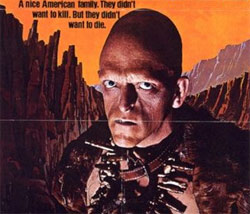 The _fcksavedurl= "I'll check it out if I get the chance," I lied.

"I can go out drinking tonight with Lindsay Dawn Riley," I lied again.

I would sooner go square dancing with Mort and then try to beat up a bunch of Aryan Nation members. I had no intention of going drinking with an obese nymphomaniac who looked like she just walked out of the makeup trailer on the set of The Hills Have Eyes and had once threatened to, "Drain my balls through my asssssssss!" before puking down my shirt collar.

"Lindsay?" Todd was distracted by a commercial break. "She died about two weeks ago. Her trailer melted."

I didn't know how to respond to that.

"They said she was making thermite. The whole place just went up in a fountain of sparks and melted down into plastic and slag. They just found a charred skeleton."

"Wow," I always knew she'd go out in a dramatic way, but the news was hitting me with surprising force. "Did they have a funeral?"

Todd gestured to precarious stacks of newspapers crowding around his kitchen table. I stumbled to them nearly in a daze. Lindsay Dawn Riley was, in my mind at least, invincible. She was a terrible goddess from the times before man. She was the kind of bloated six-eyed effigy of rampant fertility and hedonism that an archaeologist might unearth from a Sumerian tomb.

I found the paper, my eyes flicking through the story and picking up words and fragments of sentences. Lindsay Dawn Riley, felony possession of tritium, lewd acts to a postal worker, thermite, the fire. The article was accompanied by a photograph of firefighters silhouetted against the white light of the trailer's funeral pyre. They stood helplessly as the Tiamat to my Marduk was banished from the mortal world.

I tore the article from the page and jammed it into my pocket. 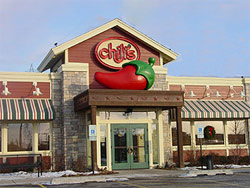 Baby status: MIA.I don't remember if I said anything else to Todd. I found myself driving, searching for something. I stopped at Cal's, the restaurant where Lindsay had once involved me in an honest-to-god cowboy brawl. It was gone, replaced with a Chili's. I sat in the handicapped space, watching a mother trying to cram a tangle of kids into a minivan. She pulled the door shut on the van and paused to stare at me hatefully.

I imagined Lindsay clambering drunkenly over me to throw her shoe out the driver's side window at the woman's face. She had certainly done far worse for far less.

"Fuck you!" The woman shouted and flipped me off.

She made a show of squealing out of the parking lot with her van full of kids. I shook my head and left.

I ate triple cheeseburgers from Carl's Jr. in my car - one of Lindsay's favorites - until I felt like I was going to die. I got a room at the Sheraton and drank tequila shots and Buds until I could barely see. The world was spinning around me, the cheeseburgers trying to riot out of my stomach.

There was a woman. Fumbling and groping in the bathroom. The taste of margaritas and cigarettes on lips. The embarrassment of an attempt thwarted by the liquor.

It was cold in the late night streets of Tucson. A dry chill made worse by the tequila sweat pouring from my hairline and oozing down my red cheeks. The woman was gone. The cheeseburgers were left behind on the hubcaps of an 88 Civic. Dark-eyed Mexicans eyed me fearfully from bus stop benches.

Under the orange glow of a sodium streetlight I struggled to make sense of the crumpled piece of paper. I laughed when I read that Lindasy was buried at a Masonic cemetery. I imagined her in a candlelit chamber surrounded by the somberly robed scions of Tucson, getting a few words into her induction oath and then passing out drunk. It was certainly what my body was telling me to do.

Instead, I hailed a cab, and insisted that the reluctant driver take me to the cemetery on Oracle Road. I awoke to the cabbie screaming and pulling at my shirt from the open back door. He dragged me bodily out of the cab and woke me up with a slap to the face. I realized, suddenly, that I had taken him for Indian when I had hailed the cab, but he was actually Jamaican.

I don't know how much money I gave him, but it was enough to get him to leave. I turned and looked at Orlando Road. It was dusty light industrial ruin across the street. Forgotten cars and the dead stumps of a warehouse loading dock shared the street with two auto shops fortified by stacks of tires, their garish signs in Spanish. I turned, the street to my back, and was greeted by the Masonic cemetery. Despite my ruinous level of intoxication I felt some small bit of satisfaction that I had managed to find my destination.