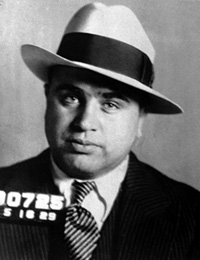 You won't catch us dying of syphilis in prison! Steve's Mafia has class and then some!Unfortunately, having countywide control of Avon sales won't be enough to fuel our constant fishing trips and impulsive, weekend stops at The Golden Corral. Luckily, a documentary on organized crime I watched on Comedy Central last night called Mafia! told me that getting local businesses to pay "protection" is another way organized crime can rake in the big bucks, or "bread dough," if you will. This means we have to start working the three-block territory around HQ, which I have given the code name "Steve's Mafia's Territory."

Stan, I want you at the grocery store telling that bearded manager of theirs that if they don't start taking our expired coupons, some grapes and bulk candy might find their way into our mouths the next time we go shopping. Jim, head on down to the movie theater and inform the staff that members of Steve's Mafia who don't get a 5% senior citizen discount might not turn their cell phones off before the movie starts. Don't tell them you're the only person in our mafia with a cell phone. Fred, you head down to the library and tell them that all overdue book fees for Steve's Mafia are now waived. And if threats don't work, use this quarter-stick of dynamite I took from some teenagers fooling around behind the Safeway. 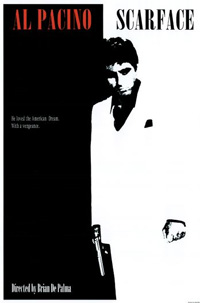 I found this poster at the dollar store. It would look pretty neat in our garage.So once our mafia is established and we become high rollers in the upper-middle class, how are we going to spend our days? Well, according to my sources, when you're in a mafia most of your time involves sitting around and eating Italian food, and what little time you have left is best spent beating and murdering your enemies. This poses a few problems, because I don't really care for Italian food. Too much flavor, if you ask me. But I guess if you guys don't mind, we can head on down to The Olive Garden, where they'll at least grill me up a hamburger. Then, over an endless supply of breadsticks we can discuss our newest schemes and the results of the last Chinese Auction. Sorry guys, I'm still a little burned that I never won that lot of 1980-82 Garfield calendars. Those were the last years that featured Lyman, you know.

Before we go through with this plan, I'm not going to lie to you guys; this is going to be dangerous work. Even more dangerous than the time we snuck outside food into that baseball game and got a talking-to by the stadium's general manager. For this reason alone, I have taken out costly life insurance policies for all of us, so that our wives and families--and in the case of Stan, our many ferrets--can continue living lives of JCPenney shopping spree luxury long after Steve's Mafia is destroyed by its numerous enemies. Fred, since you're our information man and arguably our most important member, I've taken out the largest policy on you. And coincidentally, the first step in starting our new mafia is informing the old mafia that their days are numbered. I know, I know; as "The Calendar Man," this should clearly be my job. But since Fred is our information man, he's the only one I can trust with this information: the street addresses of organized crime members throughout the tri-state area. Fred, fire up that Aerostar and put on an extra sweater; you're running recon for Steve's Mafia. And may God have mercy on your soul.