Space is Where You Belong, Lance Bass! 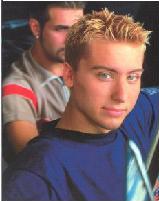 Lance Bass will soon ride an astronaut's rocket. Sometime thereafter, he will go into space.

Good ideas are few and far between in Hollywood these days. Every time I hear about a celebrity giving money to charity or cleaning some oil encrusted rocks in Alaska or oil encrusted citizens in Iraq I begin to roll my eyes in an upward fashion as if to say "Oh, no you didn't!", then I stick out my hand in a request for said celebrities to talk to it. But they don't talk to the hand, as they are often just pictures in a magazine I'm looking at, with the real celebrity being hundreds of miles away making love to their celebrity girlfriend / boyfriend on a large pile of money and drugs and power. It takes a lot for famous people to impress a cynical guy like myself, but finally someone has done something to catch my fancy. My fancy is quite elusive, like Bobby Fischer or the Sasquatch, and thus this event which captured my fancy is of the same magnitude of a picture of the two playing checkers appearing on the cover of the New York Times. As many of you may have heard, N*Sync star Lance Bass is set to be the first celebrity in space. For those of you that haven't heard...

...I'm not kidding. This hunky young teen dream supreme is going Astro-tastic, thanks to the fine people at MirCorp in Amsterdam, the nation known for thinking things out thoroughly and precisely.
Let's try to understand this thinking here...

Now, look at the evidence. It's clear that they're trying to combine the groups of fans into one giant uber-race of irritation. Bringing together Teeny Boppers and Space Nerds...it's almost as bad as the time they mixed the American League with the Negro league in baseball! These two forces alone are enough to drive a person crazy, but when combined could very well be an unstoppable force of annoyance unlike America has ever seen.

Many of you will probably be outraged or upset or throw your hands up in an outraged and upset fashion to conceal your love for N*Sync and to show your hatred for leaving your arms limp and lifeless at your side. But just hold on one outraged, upset second there, bucko! This isn't bad news at all! I hate N*Sync just as much as you do, which is why I am embracing this concept so much. We now have the power, and more importantly the precedence, to blast our most annoying celebrities into outer spaaaaaaaaaaacce (extra a's added for dramatic effect. Extra c is a typo)! Lance Bass can now say bye, bye, bye to the Earth and all of its luxuries such as adoring fans and oxygen. Instead, he gets to drink recycled urine and drift in utter emptiness. How appropriate a fate!

These brave souls will send our unwanted celebrities into the land of Space!I think this should become a trend in society. We need to round up more annoying superstars and shoot them out of the atmosphere, or at least jettison them into the sea. The latter isn't as good as there is a slight chance of survival and a subsequent comeback tour, but anything is better than the current trend of immortalizing these people with statues and crossword puzzle references. We can't just stop with this one member of one annoying boyband. We have to hire some large, sexy cowboys to wrangle all of the annoying famous people up and put them into one giant rocket with no bathrooms or life support and blast them all to one of Jupitor's moons. Not the cowboys, the famous people. The cowboys can stay, because without them our cattle would graze uncontrollably and destroy us all.

Boy bands, although a good start, are not the only ones we should shoot to space. Think of the possibilities! Every bad Kevin Kostner movie could have been avoided if we'd simply blasted him to the surface of the sun after Waterworld. Anyone from bad comedians like GIlbert Godfried, to ugly actresses like Tyne Daly all could be in a geosynchronous orbit around the planet instead of in Hollywood, depressing us all with their steadily failing careers, marriages, and health. 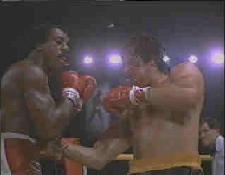 You might wonder why no one's ever thought of this before. Well, it isn't that no one's thought of it, but there are several factors keeping the plan from going into motion. The main reasons are...

Recently however, after countless hours of research and study, scientists have figured out a way around all of these: Pretend like it's an antismoking publicity stunt. This will bring government funding, trick the famous people into staying in the space vessel, and prevent any and all smoking related explosions. It can be given a clever name like S. P. A. C. E. , which can mean any number of meaningful things (Smoking People Are Cold and Evil, Stop Paying Apollo Creed Ettention, etc).

Truly, Space is the Place!

P.S. It has recently been brought to my attention that MirCorp has denied the Space / N*Sync connection. This article was written three days ago, please do not email me saying "U r a stupid! N*sync iz not going to space!". Furthermore, please do not copy and paste that text into an email and send it to me. It'll be better for everyone if you don't.