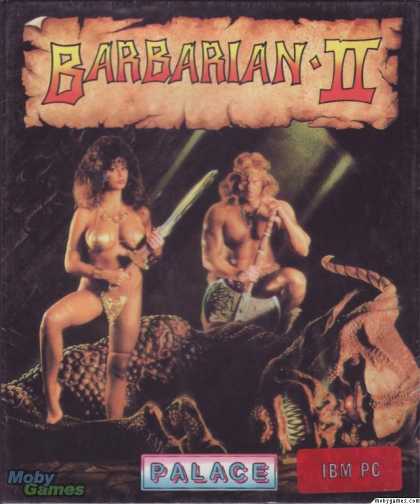 Steve: I would totally be cool with what that babe's hair looks like in the morning all stuck to her face with drool.

Zack: I think this might be a barbarian dating sim. "Uggyar, we never go out. What showing at Cyclops Cave?" "Look like Cyclops just open. Want slay seven o'clock show then get bite?"

Zack: They don't look like they really did much work to kill that cyclops. Maybe they just found him dead like that and decided to pose.

Steve: No way, barbarians are like spiders. They don't mess around with dead things.

Zack: What about dead monsters?

Steve: They might mess around with a dead monster's skeleton, like to get a key inside its skull or gems or something, but only under the assumption that it's magical and could come to life at any moment. Then they would have to fight it.

Zack: What if it was the skeleton of a dead barbarian?

Steve: Barbarian ancestor skeleton? Those are always coming to life. They're basically the number one most dangerous skeleton. Maybe number two behind dragon skeletons, but only barely.