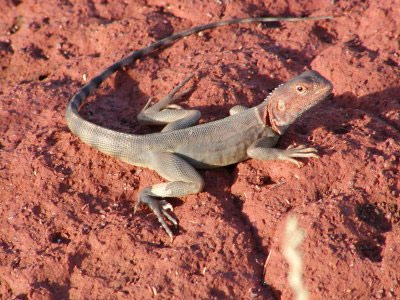 I'm not sure many people think they are smart. Maybe evil.

I had a pet lizard that could climb a vertical glass terrarium and yet somehow managed to drown himself in the half an inch of water in his water bowl. Reptiles are great pets if you want to watch them eat bugs or baby mice or something. They're great pets if you want your house to smell like a cave full of bats or that tank they keep crickets in at the pet store. They're fantastic pets if you never want to get laid again by anyone other than the creepy sort of girl who feeds her bird peanuts out of her mouth. Reptiles aren't very good pets if you are expecting even basic intelligence. 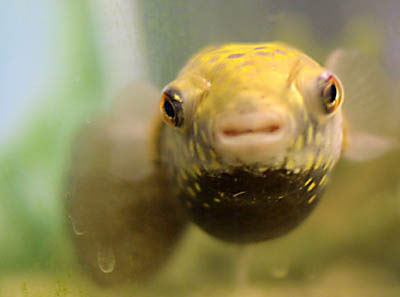 Despite the obvious stupidity of fish, people still talk to them and identify with them and assign them fake personalities.

When a fish has babies you have to quickly scoop them out of the tank or the mother will eat her own babies. She won't even wait to stop giving birth. Better yet, fish will die if you feed them too much, so it's possible for a pregnant fish to die during childbirth from eating her own young. It simply doesn't get dumber than that. Even plants aren't that stupid. 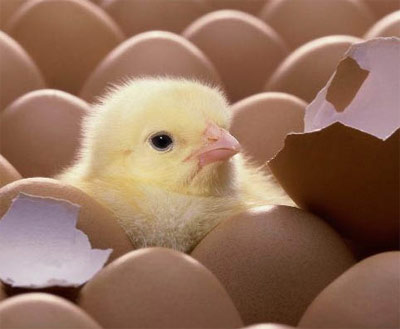 Birds are probably the most diverse pets when it comes to intelligence. Parakeets will hurt themselves trying to peck at their reflection in a mirror, but some types of parrots can carry on conversations with their owners.

Birds are the worst. They are lousy brightly-colored potatoes that "sing", only their singing is about as pleasant as a car alarm. Parrots are moody bastards that would as soon shit on you as talk to you, and when they do talk they usually don't have a lot to say. So your parrot can imitate your voice. Congratulations! I have a 30 dollar voice recorder that does the same thing, does it better, doesn't shit all over my shirt, and doesn't wake me up at four in the morning on a Saturday screeching. That recorder doesn't even have feathers to obsessively pluck out until it looks like an uncooked chicken.

The time has come for all pet owners to acknowledge the stupidity of their pets. Stop expecting so much from them. Stop overestimating them. We're putting too much pressure on our pets to excel. They could develop some sort of complex.

If I see one more parakeet eating itself to death because of low self-esteem, pecking away at that seed bell because food is the only thing that will return its love, I will know who to blame.