Chapter 4: The Battle of Prokofy Neva 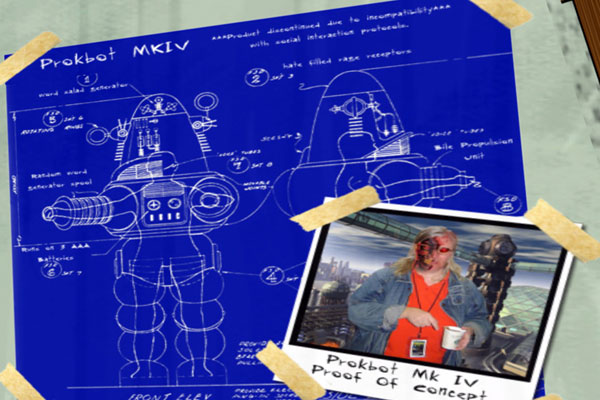 Prokofy Neva was a terrible transgender Terminator. Half man, half machine, it roamed the countryside, looking for innocent civilians to destroy with a flurry of pretentious prose. 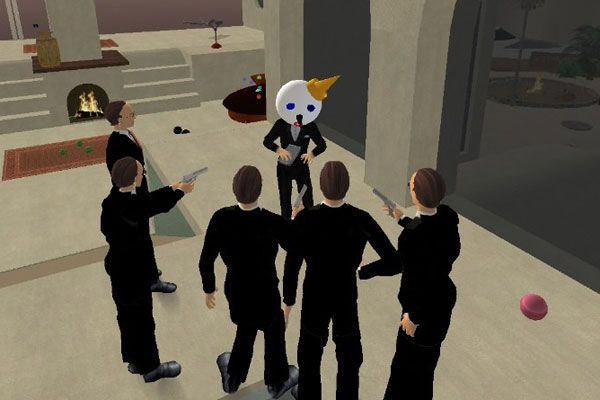 But when one of Second Life's space race heroes was executed by Prokofy's henchmen, the nation knew the beast had gone too far. 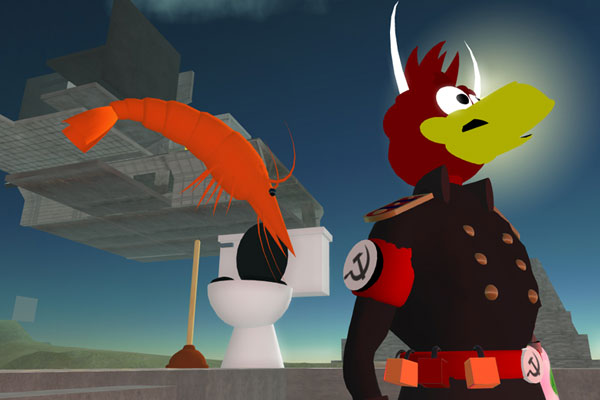 A great general was summoned from the Northern frontier to lead brave soldiers into battle. 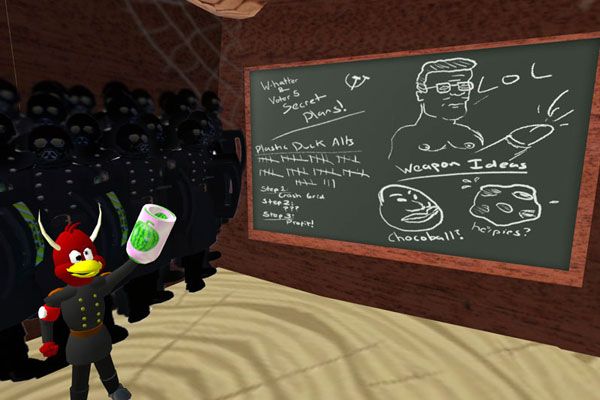 After much military planning... 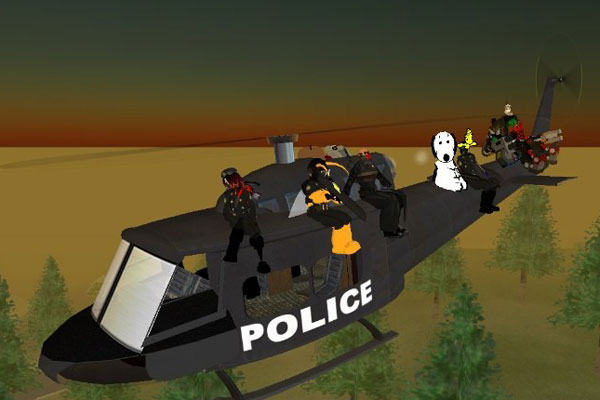 ...the attack was launched. 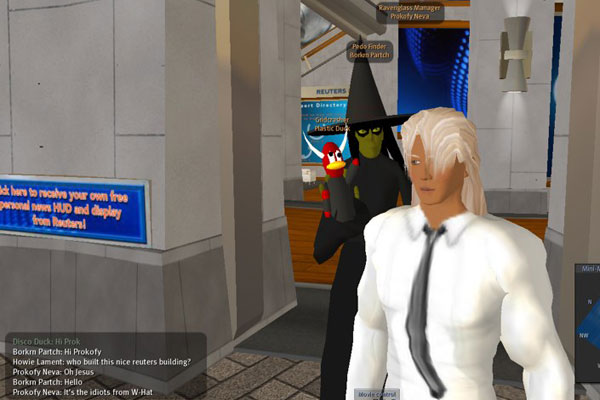 After many hours of brutal warfare, a brave warrior ambushed the evil beast with a magic talisman. 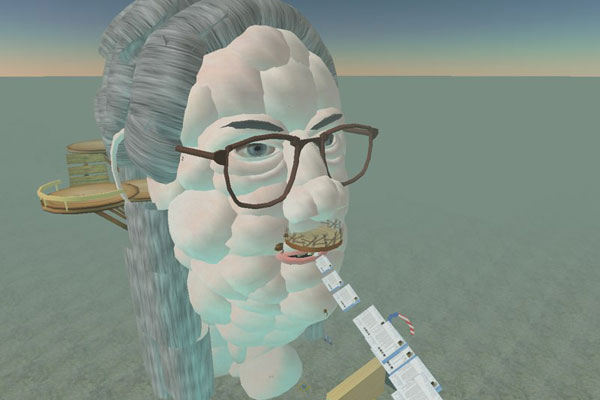 Though Prokofy was too strong to destroy, its spirit was encased in a giant statue, like that tree in Fern Gully, where it remains locked, to this day, expelling angry letters from within its eternal prison. 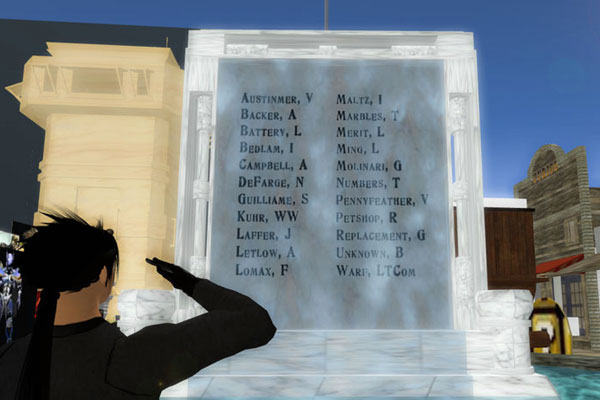 Many good residents lost their lives in the Battle of Prokofy Neva. They are gone, but their sacrifice will never be forgotten.