I always felt emulation and a good controller were enough to get the job done. Not just for old games, but for anything. Road repair. Animal husbandry. Hostage negotiations.

Still, there's something to be said for playing on original hardware. The experience feels more authentic which makes the games matter a little more. Also, there's no need to enable a "Render Toilets Correctly" option in a settings menu, breaking ten other non-toilet things, such as the sky.

In the coming months I will be collecting my favorite pre-HDMI consoles and figuring out the best way to play them on my cheapo 55-inch 4K TV. When possible we'll pair them with modern devices that replace tempermental CD drives with SD cards containing each console's entire library.

For years my white whale was the white PS2 slim. The third best console ever made. A rad color that makes the little PlayStation logo pop. The slightly bumpy texture reminiscent of a Frosty.

A few months ago I finally found a white PS2 slim that:

1. Had not been elbow dropped by a procession of large sweaty children for fifteen years

2. Was within my self-imposed budget of $60 per old console

Incredible. I didn't install any mods because this particular unit's CD drive is in great condition and you can pick up PS2 games like Katamari Damacy, Dragon Quest VIII, and Metal Gear Solid 2 for around $5 a pop. Which I did.

So what happens when you plug a PS2 into a 4K TV? If your set even has composite or component inputs, the picture will be stretched out and blurry, like my self-image. So a screen that should look like this: 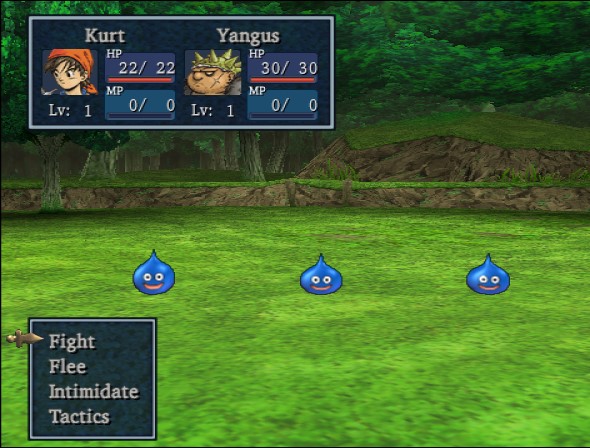 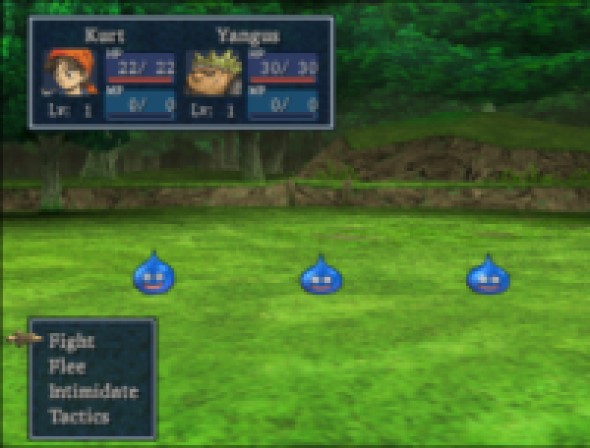 Not great, unless you exclusively play video games moments after your optometrist administers pupil dilation eyedrops.

Created by Markus Hiienkari and available on Video Game Perfection (who were both enormously helpful as I put this series together), the Open Source Scan Converter is basically magic. It perfectly scales your old consoles' video for modern displays without losing a bit of image quality or introducing lag.

As a dumb baby the OSSC seemed a little intimidating. Thankfully there was a ton of documentation and the device was super easy to set up with the PS2. Turn it on. Press a rather obvious button on the remote to cycle between image processing modes. Press another button to enable scanlines, then tweak their strength. Done.

It only took me a few minutes of poking around to get a picture far better than I was expecting. Games didn't look as good as I remembered them on my family's old wood-paneled Zenith. They looked way better, every bit as sharp as a broadcast-grade PVM that would cost $400 and weigh 400 pounds.

The OSSC has all sorts of options to fiddle with, which we'll get into in future installments of this feature as I wring the best picture out of everything from the original Xbox to the Sega 32x.

Of course, the picture that comes out of the OSSC depends on the quality of the cable coming from your console. When I first looked into all this I assumed my only options were:

2. A handful of exposed wires shielded by a string of dry macaroni, made by a third party with a name like Super Horse Trustworthy

Thankfully, I was wrong.

In most cases your best option is a SCART cable. And the best source of SCART cables is Retro Gaming Cables, who make the highest quality cables (is it just me or am I using the word "cables" a lot?) for just about every retro system and patiently answer questions submitted by perpetually confused writers from sketchy comedy websites.

I used Retro Gaming Cables' PS2 RGB SCART Packapunch cable and the picture was flawless, clean, and completely free of noise in every game. These things are so well crafted it's stupid.

I appreciate the fact that each end is labeled. When my TV stand inevitably morphs into a mound of old consoles with a thousand overlapping cables, I'll be able to reach back there and find the right one without losing too many fingers.

My only suggestion? Think about changing the company name to Super Horse Trustworthy. That name is starting to grow on me, and something about it is... I don't know... trustworthy?

So I got the console. I got the nice cable. I got the magic box to make the video good. The entire process was bizarrely painless. Now it was time to play an old video game on my cheap 4K TV.

What did I think?

I thought Katamari Damacy remained one hell of a game. That music! Every stupid thing said by the King of All Cosmos! The meows and screams as you roll up living creatures! Exactly as good as it was when it came out.

Then, I thought this setup turned out to be far better than I had hoped.

The picture was vivid and sharp, with even the smallest text in Dragon Quest VIII remaining legible. I had bold scanlines exactly where I wanted them. There was no input lag. Once everything was plugged in I was just playing games on a bigger screen than I had ever played them, with a cleaner image quality than I thought possible.

In about a month we're going to take a look at the Dreamcast I recently bought and painted (oh no), with a GDEMU and the new Dreamcast SCART cable. After that will be the original Xbox and - if I can get my hands on them - a Saturn and an indigo Gamecube.

Now that all the basics have been introduced in today's update, each installment will have more room for pictures and in-depth dumbass opinions about old games + hardware. We might even have room for those hostage negotiations.