In fact, the media is helping them rape and pillage!

Black people are weak because they don't fight back against cops who have guns, intimidation, and authority on their side. Okay...

At least Prop 1A passed. Aren't you glad you won't have to read about that anymore on the front page? Heh.

I don't know about you guys but McCain dying and seeing Sarah Palin become president scared me more than any terrorist ever has...

14-year-old RasterMaster has made his case. 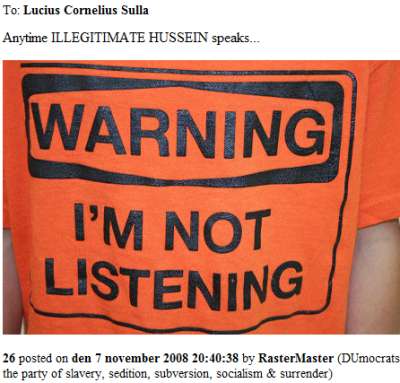 You guys won't do shit.

These guys help make the LF forum the best forums, until I choose a new forum to do Weekend Web in. Then those guys will be the best. But for now, these posters can bask in the glory of being mentioned at the end of an article that the majority of people closed by page 5. Congrats.