The Art of Carving Pumpkins

Ishamael knew that the only thing which could make Gollum more frightening was putting him in a Zorro mask. 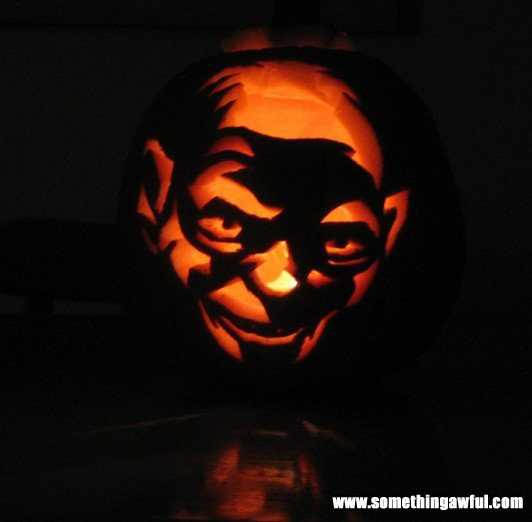 If you turn your back on this contribution from Loonytoad Quack it will edge slowly towards you... 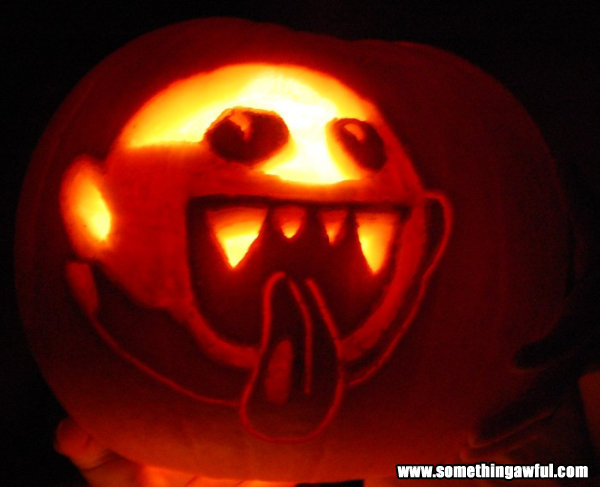 Miso Beno continues the Nintendo theme as if I intended to group together the pumpkins of a similar nature rather than being a lazy son of a bitch and arranging these images by alphabetical order of creator. 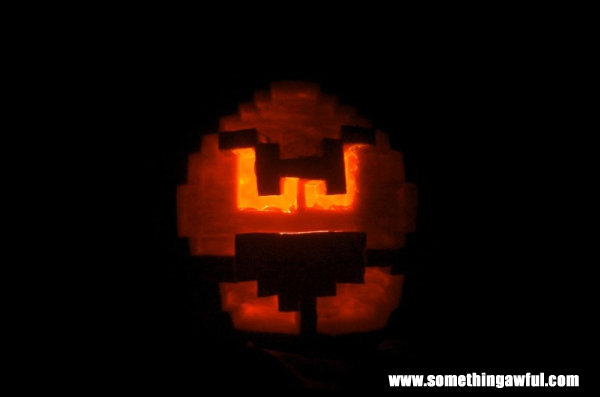 MrSpiffy carved a pumpkin of Eddie Murphy, then dressed it up in lots of different disguises over and over, until it was rotten and stank and no one wanted to see the pumpkin any more unless it went back to its edgier beginnings. 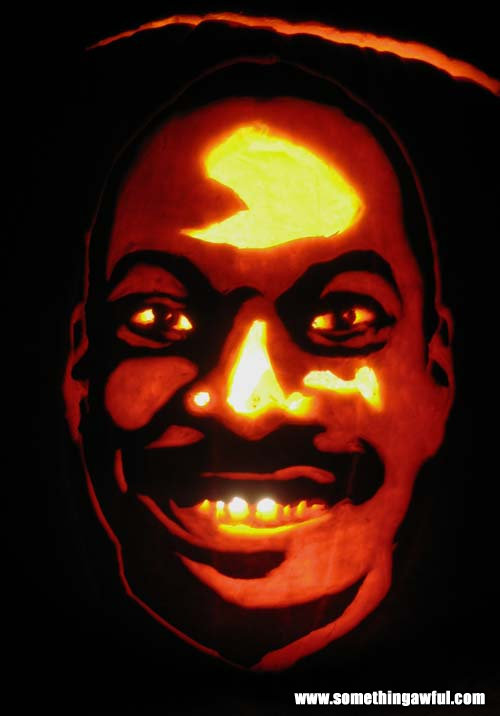 I guess you could say that this effort from PainBreak was "groovy", but then I'd accuse you of being predictable and reaching for the easily attainable caption. Real talented writers such as myself go that extra mile to make the audience feel like they've really learned something when they read articles such as this. 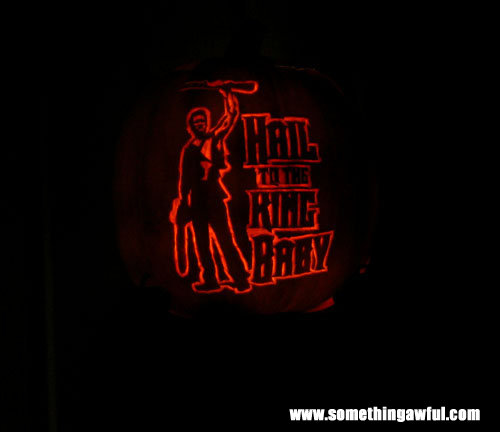