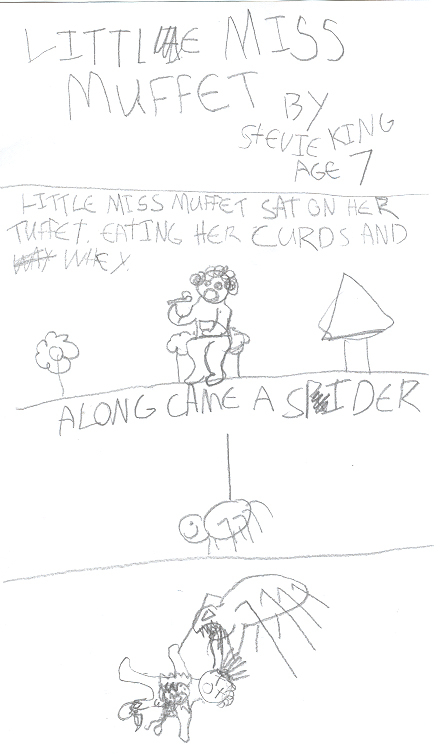 The sky over the playground was the color of a television, tuned to a dead channel. "It's not like I'm using," Case heard someone say as he shouldered his way past the line around the ladder of the slide. "It's just that my body has developed this massive candy deficiency." It was a 6th grader voice and a 6th grader joke.

Case was 12. At 11 he had been a kickball cowboy, one of the best in the school. He'd been trained by the best, by McCoy Bally and Bobby Kicks, the best in the biz. Diving in and out of the kickball court, wining kickball games for trading cards. But then he'd made the classic mistake, something he'd sworn he'd never do. He threw a game.

They had found him, of course, and made sure he'd never play again. For 12 hours he had hallucinated in a darkened classroom while his body developed shinsplints.
The damage was minute, subtle, and ruthlessly effective. He'd never play kickball again.

He glanced down at the action figure he had been hired to fence. It smelled of long-chain polymers.

The utility of pocket knives
By Douglas Adams, age 9

A pocket knife is about the most massively useful thing any young man can have. Partly it has great practical value - you can hunt with it as you bound across the cold taigas of Jaglan Cappa; you can open beverages and sip them on the brilliant marble-sanded beaches of Renthar VII, inhaling the intoxicating sea vapours; pry loose the seven breasted whore of Babel; battle the Beast of Trafalgar IX (a sincerely reluctant opponent, it hesitates to attack as it is daftly afraid of occurring social faux pas - but very ravenous); remove splinters and thorns incurred from rummaging through boreal forests, and of course peel an apple with it.

More importantly, a pocket knife has immense psychological value. For some reason, if one discovers a young man with a pocket knife, he will automatically assume that he is also in possession of a sash, merit badges, regulation brown short pants, short sleeved khaki shirt, toothbrush, flask, compass, map, ball of string, mosquito repellent, poncho, space suit, etc., etc. Furthermore, they will happily offer to buy original buttery flavoured kettle corn from said young man. What this person will think is that any boy who can handle a pocket knife can rough it, slum it, struggle against terrible odds, win through, and can light a fire with two twigs and a rock is clearly a boy to be reckoned with.

Once done work to be considered no more,
for five page limits delimit my core.
Perhaps ideas unwind from distant mem'ries entwined,
yet naught was written on paper the kind.
Instead, naught. Naught but white and bore.

Caregivers entreat on workmanship poor
To remind me tasks completed before!
Not ideas could I pull from simple lessons misheard.
The work made harder than pages and word.
They interrupt me with these tasks called "chore."

Break the spirit, and so shall I deplore.
Work's coming faster and certain I swore
That I could never have written pages so many
In time so little, yet pagecount agrees
I am approaching the page numbered "four."

But, ah! Soon the last page will be in store
For print and staple and signature lore.
The story of a paper completed with the wrong...
THE WRONG CHAPTER OF READING ALL ALONG?
And so shall I work on this nevermore!