EXPECTATIONS: When did we all suddenly decide Richard Gere wasn't famous anymore? Doesn't it seem like about ten years ago, there was some factory union meeting where some guy in a hard-hat and a wife beater with a name like Harold Gorman was holding a clipboard and saying things like "Lissenup, ev'rybody. We're running out of room for stars and we got new people comin' trew. So we're all gonna have to make sacrifices, okay? Hanks, Clooney, you guys are alright, you're still important. Rich, I'm afraid I got some bad news." In any case, I still like "Gettin' it in" Gere, so much that I want that nickname to catch on. He's a decent actor and a charming personality, and I don't understand his fade in popularity. Maybe he just became such a good Buddhist that he doesn't care anymore, but I do, and I'm not even sure I know why.

REALITY: In preparation for this film, I did two bits of research: First, I looked up what the hell "arbitrage" means (the practice of taking advantage of a price difference between two or more markets, if you were wondering) and second I started studying and thinking about the concept of the modern anti-hero. See, it is my understanding that Gere's character is not by any means a good person, or someone you would want to root for. He's a hedge-fund magnate, also known as "The Reason Everything Sucks Right Now." But I find it interesting that the more we want to hate these people, the more fascinated we become with them. Hell, that's half the appeal of Don Draper, isn't it? We want to see broken people in pretty suits. In fact, the first half-hour of this film is basically a modernization of Mad Men anyway, which written out sounds like the dumbest idea ever, so I'm glad the film goes a different direction after that. 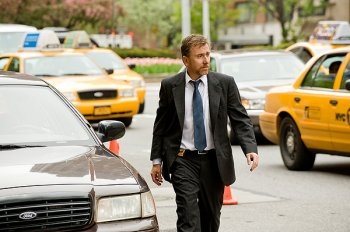 Cool suit walk number two.Gere plays millionaire businessman Robert Miller, who should be arrested for a countless number of things, but the first one we know about is fraud. While trying to escape the fact that he's living on borrowed money to escape a federal audit, Miller falls asleep at the wheel of a car, killing his mistress (Laetitia Casta). He can't go to the cops, because that would lead to a scandal that would end the sale of his company, so Miller calls the only black guy he knows, Jimmy Grant (Nate Parker) to help him out. Most of the film revolves around other people lying for Miller, but when Jimmy is facing serious obstruction of justice charges from an NYPD detective (Tim "I never put in a bad performance" Roth), Miller has to accept that his actions have consequences. Or not.

We're watching a battle between a fraudulent investor and a cop who falsifies evidence. This is one of those cases where you don't really want either side to win, and yet the charisma of these two actors is so strong that the audience eventually gives in. It takes a talented actor to get you to like a character you should hate, and not only does Gere make us like Robert Miller, he also makes us sympathize with him. When he explains the bad business venture that led to his predicament, it actually makes you think "Oh, maybe he was just trying to do the right thing," while ignoring the fact that you are watching a rich white guy getting away with murder. (Well, Involuntary Manslaughter, but still.)


Arbitrage also spends a lot of time detailing characters like Miller's wife (Susan Sarandon) and business-savvy daughter (Brit Marling), as well as going in-depth with Jimmy, making him the secondary protagonist. What's unusual about this is that we've seen a lot of films about aging capitalist men in the past 30 years, but very few focus on women, young people, and certainly not poor black people. This film, however, makes it a point that the only reason Miller is allowed to keep doing what he does is that all three of these groups allow him to. But there's also a note of anarchy here, because any of these characters could turn on Miller at any time. I feel that writer-director Nicolas Jarecki, at a whopping 25 years old, understands something vital: The groups that are the least represented are also the most crucial, and most of what makes Miller likable is that he is trying his best not to exploit these groups. 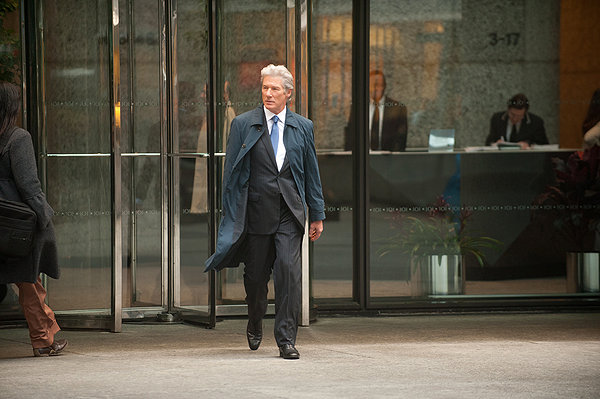 So what are we left with? I don't think Miller is supposed to represent the American capitalistic system or Wall Street Bankers as a whole. I think, much like Cosmopolis, this is a character study about one specific man, who happens to have a small sliver of a conscience. Maybe you might not like that, maybe it's easier to think of all the bankers as Bernie Madoff bad guys, and maybe they are. It doesn't change the fact that if all corrupt investors were as charming as Richard Gere, maybe we wouldn't mind being broke. (Yes, we would.)

MINORITY REPORT: With a title like Arbitrage and a cast of now-unknowns like Richard Gere and Susan Sarandon, good luck convincing a mainstream audience this isn't some faggy foreign film. - Sean "Keanu Grieves" Hanson