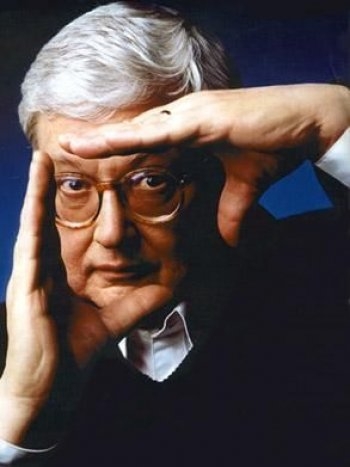 1942-2013It's been a difficult week for cinema fans and film critics. We've lost our rock star, the man who inspired most of us to start writing about film in the first place. Roger Ebert was one of the funniest, smartest men who ever put pen to paper, and with his loss, there's a standard left behind that can never be met.

Around the time that I started paying attention to the world and realizing that the movies I saw mattered, I discovered the syndicated Siskel and Ebert TV show that aired on Sunday afternoons. My formative years were spent watching these two good friends sit on a balcony and seriously discuss movies, while making fun of each other. It was the first time that it entered my mind, or really anyone's, that such a thing was possible, or that it could be so entertaining.

Siskel and Ebert pioneered the concept of team-criticism. The idea of semi-serious film discussion with humor included, intended for a mass audience, was unheard of until then. Every time one of us at Current Releases makes a reference to the other members on the team; every time we mention Ian's love of aspect ratios or Joe's constant interactions with talking animals, that's the Siskel and Ebert influence.


For all the backlash we critics get about being antagonistic or contrarian, there's a simple truth: No one spends any time voluntarily writing about a subject unless they truly, completely love the topic. Roger Ebert loved film, pure and simple. As fun and as entertaining as his "Your Movie Sucks"-style burns were, his best moments were when he truly loved and campaigned for the success of a film. (Even if that film was Crash.) It was an inspiring passion; his joy for films made others want to see what made him so happy. That's the mark of a true critic, not extended nitpicking and negativity.

There's really no better way to memorialize Roger Ebert than to do what you're already doing: Reading about movies and talking about them, and seeing them for yourself. (And by shutting up about the video game thing. Seriously, no one cares.) As always, readers, we're honored that you choose to spend your Sunday mornings with us, and we hope that this week, in honor of Roger, you find yourself in a theater seat, with friends or by yourself, and you allow yourself to be captivated by what you see and feel the immediate urge to discuss it. I want that to happen EVERY time you see a movie, and so did Roger. So go try it. I hear that Jurassic Park movie's pretty good.