Turbo; The Conjuring; Red 2; Only God Forgives; The Frozen Ground

At its (black, black) heart, Only God Forgives is an uncompromising extension of the themes and style of Drive. After that became a modest hit and a critical success, Refn apparently decided to plunge his fist into Drive's engine, rip out whatever made us give a shit about its characters and pour sugar into the gas tank. 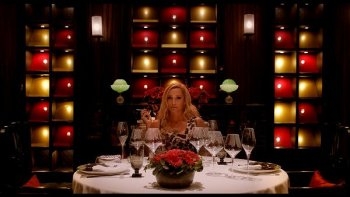 Mom, this is just weird.Consider its morally challenging premise: American expatriate Julian (Ryan Gosling), having fled to Bangkok after committing the most Oedipal of crimes, is goaded by his alpha mother (Kristin Scott Thomas) into avenging the death of his brother (Tom Burke), who fell victim to vigilante justice after he raped and murdered a 16-year-old prostitute. In fewer than a couple dozen lines of dialogue, Julian makes it clear that his brother's death was just. Only after his mother unfavorably compares the size of his penis to his dead brother's, and subsequently begs for his protection from local cops who become aware of her role in this vengeance scheme, does he seriously entertain notions of revenge.

It's hard to empathize with any of the characters in Only God Forgives and even harder, sometimes, to understand their motivations or what the fuck is happening. Most of this is due to the fractured narrative and our gradual realization that some of the film's imagery exists only in Julian's head. Like Driver, Gosling's protagonist here is inscrutable, a man of violence and an ambiguous past who exists only in the present and only as the sum of his impulses. We're asked to adopt his perspective in Only God Forgives, and it's difficult -- more difficult than it would have been in Drive, had he asked us to do the same.

Refn's pathological obsession with masculinity is pushed from subtext to text in Only God Forgives. Never before has he introduced a mother figure like Crystal, who emasculates every man she comes across unless allowing him to preserve the illusion of masculinity would advance her own cause. Without delving too deeply into other reviews of the film, I'm positive her character is one of two reasons why critics are finally accusing Refn of misogyny, which is fair, although I'm not sure that Refn hates women as much as he misunderstands and fears them. The other basis for such an accusation would be Mai (Yayaying Rhatha Phongam), Julian's favorite prostitute, whom he pays to pretend to be his girlfriend in an act of Oedipal brinkmanship. When she dares to criticize Crystal, Julian commits an act that could be construed as sexual violence.

So, yeah, Only God Forgives is difficult, difficult, lemon difficult. Not only is it morally problematic and openly misogynistic, it also presents Bangkok as a hell of savage violence and sexual slavery in which Anglo expatriates (including enforcers for the Scottish mob, apparently) fail to repent for past sins as they exploit the local population to satisfy their darkest whims. I've never been to Thailand, but that seems politically accurate if we're judging Bangkok from Julian's perspective, so at least it gets one thing right. 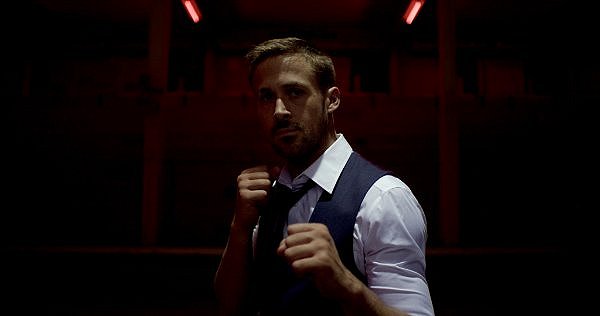 
Par for the course when it comes to Refn films, Only God Forgives is both hypnotic and visually stunning. Frame by frame, it could be a coffee table book, Great Modern Images from Bangkok's Underbelly. There's a sequence midway through the film that encapsulates Refn's penchant for beautifying even the most terrible acts of violence, as Thai gangsters run towards a restaurant in slow motion, killing almost everyone in their path. It's gorgeous and troublesome, the perfect synthesis of images and sound, both the summation of and antithesis of Sam Peckinpah's treatment of cinematic violence in The Wild Bunch.

Far be it from me to defend Only God Forgives in the wake of a critical drubbing -- some of it, especially when it concerns the film's pacing and politics, is well-earned -- but when critics like Time's Richard Corliss and The Chicago Tribune's Michael Phillips lock arms to trounce a film that's so clearly a labor of love and a complex, sometimes contradictory artistic statement, I shudder a bit. For all of its faults, unforgivable or otherwise, I'm grateful for any film that gets viewers to think about such lofty concepts (foreign exploitation, the glorification of cinematic violence, Oedipal misogyny, unreliable narrative, our need for empathetic characters, stoicism, Ryan Gosling's unequivocal sexual presence) in a druggy, downbeat, neon noir.

And by no measure it is as bad, as The New York Daily News' Joe Neumaier suggests, as The Color of Night or Battlefield: Earth. That's just being fatuous. Only God Forgives ranks at least as high as Birth of a Nation, Triumph of the Will, Heart of Darkness or H.P. Lovecraft's collected stories if we're talking loathsome works with artistic merit.

MINORITY REPORT: I'm going to withhold judgement on this one. Nicolas Winding Refn is responsible for Valhalla Rising, which is one of the finest films ever made. Pure cinema. I'm hoping Only God Forgives fits more into that mold than it does the Drive mold. - Ian "Professor Clumsy" Maddison