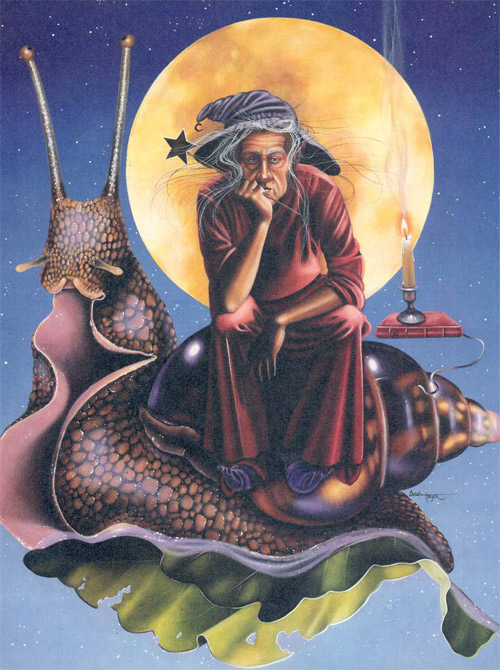 Steve: This is the most jaded dude in all of Myth Drannor. He doesn't give a crap what you are doing. He has seen it all, man.

Zack: He looks a little bit like he cast summon toilet and the spell went wrong and he just went with it.

Steve: I hate wizards. They are pretty much the worst thing about D&D next to sorcerers. This dude is like a propaganda poster of wizard stereotypes and I kind of need a barbarian to bust in here and cleave some limbs off this dude. Maybe shove that snail into a salt mine or something.

Steve: That is not going to work. A barbarian will definitely chop the head off a dude going to the bathroom.

Zack: Definitely? Like if I put up a Craigslist ad "DUMPING DUDE SEEKS AXE LOVER TO CHOP UP MY FACE, ME + YOU, RUIN MY 2 AND LEAVE ME HEADLESS" I am going to get some action?

Steve: Yeah just post it to the Icewind Dale Craigslist.