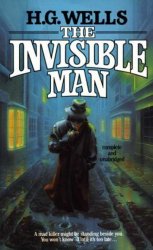 An invisible man is a man of power." The door opened suddenly.

THE INVISIBLE MAN LOSES HIS TEMPER

THE MAN WHO WAS RUNNING

The 'Visible Man! "The door's shut. Just watch them doors! "There's the yard door and the private door. The yard door-"

"I am an Invisible Man," repeated the Voice.

"Trust me," said the Invisible Man. 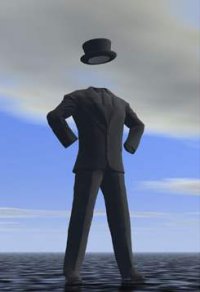 "You fired the house!" exclaimed Kemp.

"No," said the Invisible Man, and thought.

With a quick movement Kemp thrust the Invisible Man back, sprang aside, and slammed the door. Kemp's face became white.

THE HUNTING OF THE INVISIBLE MAN

THE SIEGE OF KEMP'S HOUSE

I am Invisible Man the First. "What!" exclaimed Kemp.

Kemp's hand went to his pocket. Give a man a chance."