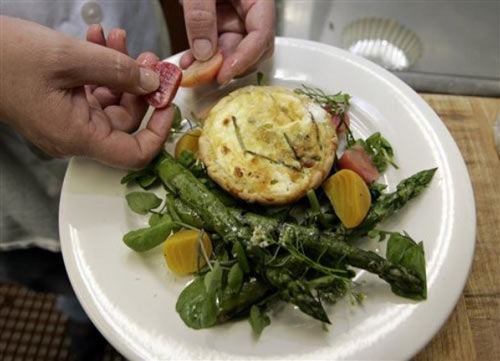 The greatest burger in your hometown
- I actually think this is a post your biggest burger thread in which case it does therefor include big, big burgers. First person to come in and post the 20x20 they had at their local In N Out wins, though.

Seattle Food Thread
- This thread has been going on for quite a while which is odd since all Seattle has is Starbuck's and flying salmon.

Flavor-Tripping the Light Fantastic
- First of all, my night started off great. I'm walking down Van Ness street on the way to Temple (the club where the event was.) I pass Tommy's Joynt on the corner and I'm listening to N.E.R.D. "All the ladies standing in the line for the bathroom!" and some guy comes out the front door not looking where he is going and runs into me. I'm 6'5" and built solid, so he hits the floor.
I look down. Board shorts. Flip flops. Flame shirt. Blond Hair. Oh god. I just physically assaulted Guy Fieri! Yup! It's that douchebag. He's apparently here for some restaurant event. He scrambles up and says something, but I haven't really taken my earphones out. I just kinda look at him for a second. (In my mind I was contemplating taking a photo of him knocked over... but thought that was a bit too dick-ish) he mouths something. Not sure if it's "Pardon me" or "Do you know who I AMMMMM?!!" and I don't really care either way. I walk on.

Foreign desSerts
- We all need more cremeschitten in our lives. 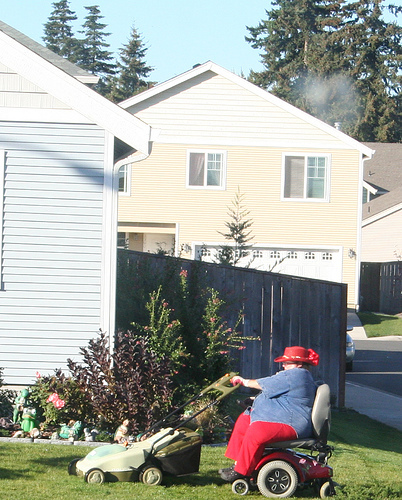 PYF lesser known fast-food chain. - I was into trans-fat when it was still underground.

Post your favorite t-shirts - Depending on your tastes there is either a lot of really cool stuff in this thread or a few neat shirts floating on top of an open sewer filled with nerd shit.

PYF bald guy - One time I went down to the store to buy a pack of smokes for my dad but when I got there the door was barred by a giant bald guy. "Hey kid," he said (I could hear the comma), "You can't come in here!!!" Ever since that time I've hated all bald guys.

What was the first MP3 you ever downloaded? - Recall the birth of your inner pirate and take a trip down memoRIAA lane.