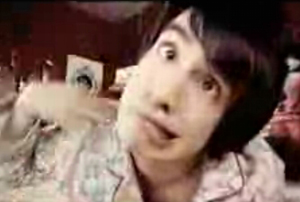 Is he the Cute One, or the Funny One?
Best Pop Video Panic at the Disco "Nine in the Afternoon": Panic at the Disco has distanced itself from techno-jolted emo, which is nice, but dressing like the Sgt. Pepper's cover, and reveling in psychedelic hallucination imagery doesn't make you the Beatles, any more than taking a rubber band to the eye transforms you into Thom Yorke.

Tokio Hotel "Ready, Set, Go!": "Ready, Set, Go!" depicts a dreary futuristic prison, in which girlish singer Bill Kaulitz marches glumly. He should be thrilled, because most labor camps don't allow their prisoners to resemble drag queens, or to find recreation by playing Scorpions-meets-boy-band crap-rock with their pals. Anyone older than 12 who supports Tokio Hotel should be sent to a much less forgiving reeducation facility.

Danity Kane "Damaged": A Burger King commercial suggests, with a sad semblance of truth, that thousands of morons will do whatever Diddy says. That's the only possible explanation for this Diddy-manufactured project's continued existence. This song tortures a broken-heart analogy, starting with the dumbfoundingly literal lyric "Do you got a first aid kit handy?," and spiraling into surreal unintelligence, ending with the whispered non sequitur "stereotypes." During the video, the members of this Spice Girls/ABBA hodge-podge writhe around in canoes, spell "H-E-A-R-T" while the camera ogles their A-S-S-E-S, then perform unqualified surgery on some soon-to-be cadaver.

Gnarls Barkley "Run": Again, a rotund singer cedes the cardiovascular efforts to others. Apparently, this kind of lazy delegation is why MTV considered both Best Choreography and Best Dancing necessary. "Run" offers star wipes galore, as well as a non-singing Justin Timberlake cameo, simulated fireworks and enough spinning concentric circles to get the clip temporarily banned for breaking anti-seizure restrictions. Most of these videos cause nebulous physical and mental harm, but "Run" actually targets a specific human vulnerability. 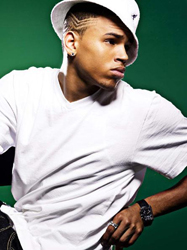 Chris Brown: Know him, avoid him.Chris Brown "Forever": Chris Brown seems fine at what he does, non-musically, but why can't he just save it for a Stomp The Yard sequel, in which his deceased character could somehow dance himself out of the grave? Maybe he could open his own Las Vegas show, or judge reality dance competitions, or use his skilled feet to save American soccer or pedal-propel the government's top-secret energy-generating device -- anything that keeps him away from singing over these coma-inducing backdrops.

Pussycat Dolls "When I Grow Up": Like Chris Brown, the Pussycat Dolls' highly paid strip-teasers can't concentrate exclusively on the one thing they do competently. This song mercilessly repeats an extremely irritating fake laugh, which only becomes more maddening during the video, where it's accompanied by exaggerated ditzy facial expressions and gestures. Fans argue whether the chorus goes "I wanna have boobies" or "I wanna have groupies," but what's not debatable is that any remotely worthwhile musical entity would never waste a line of a song on either sentiment.

Bonus Insanity: "In a perfect Hollywood, The House Bunny would have been directed by Joseph Kahn. Kahn directed the music video for The Pussycat Dolls' "When I Grow Up," which is heard in the movie; yet nothing in this film matches the delirium of Kahn's flesh fair or The Pussycat Dolls' celebration of female ambition -- a sexual self-exploitation so extreme it carries its own irony." -- Armond White

Best Dancing in a Video

Madonna "4 Minutes": Does anyone still want to see 50-year-old Madonna bare her tautly haggard flesh, or hear Timbaland make "fricky-fricky" noises? Even if a nostalgist wanted to experience either of those tired phenomena, or, for that matter, to watch Justin Timberlake making a guest appearance in something, they could access millions of available options. Anything this excruciatingly superfluous should come with an enormous digital clock, as this video considerately does, assuring spectators that it will soon conclude.