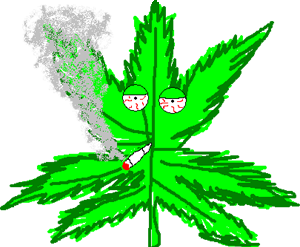 So my flatmate got me a coffee grinder for grinding up nugs. It has served me beautifully in this capacity for sometime, though you do have to be careful to grind coarsely else the joint/blunt won't pull nicely.
Anyways, said coffee grinder somehow actually got used to grind up real coffee beans, unbeknownst to me, of course. I proceeded to use the grinder last night in my dark kitchen without really looking. Imagine my surprise (READ: HORROR) when I dumped out the grinder and was greeted by a pile of weed and coffee, mixed perfectly.
Not one to give up, I tried my best to filter out as much coffee as possible, but I'm afraid it simply isn't possible to isolate just weed. I did the best I could and rolled up a fat J of coffee/weed. Somehow this crime of nature not only lit up, but smoked alright (I expected it to fail miserably).
I have no intention of doing this again, but I do have some coffee/weed mixture left. Do the goons think this is a terrible idea? Not saying doing it on purpose, but smoking coffee... My own rationale for this has been it can't be any worse then any of the other crap I've smoked, and I still stand by that, but I'm looking for some wordly perspective.

Deep stuff herein: Weed Farting while on weed is the best thing ever. So crisp and agreeable, the Sulphur dioxide just melts from your butt crack with a hearty "pleased to meet you" tone. If sounds were colours this one would definately be brown, a deep brown like the sleeve of every creed album ever made and the carpet in my old house.

These bitches waltzin into my smoking circle like "what up Dick, can I have a little toke ?"
NO bitch, no you cant. You gonna give me a blow job after that bowl? You gonna go buy me some more master kush after you blaze my primo shit? Didnt think so ho, get back to your marlboro lights and leave me alone.

hey...im 16 and in college early. I smoke weed like once a week. I really don't know much about the major effect of marijane. I'm really sick of people telling me it's so bad... so please tell me why its soooo bad, why should I not smoke weed?