Starbuck is a girl? How about Starbuck drove a flying fucking motorcycle to escape from a biker gang. 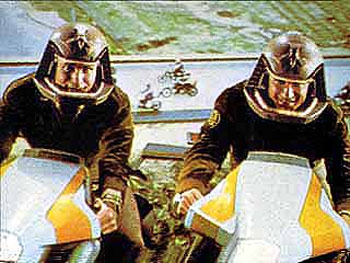 Even the title of this disaster is incorrect, as by episode three the characters are traveling back in time (last refuge of a creatively bankrupt team of writers) to change history. In episode four the children aboard Galactica are sent to 1980 earth to escape a cylon attack. In episode five the kids have to get together to stop a chemical company from polluting a lake. I'm not kidding. The series was canceled while filming was going on for the eleventh episode, titled ominously, The Day they Kidnapped Cleopatra.

This legacy-shattering misfire earned Galactica a 23-year hiatus and jumps to its well-deserved place on the list.

When Stanley Kubrick's 2001: A Space Odyssey was first released it received a lukewarm reception from audiences and mixed reviews from some critics. They complained that it was turgid to the point of dullness and extremely pretentious. Guilty as charged? Maybe, but over time the critical perception changed. 2001 went from a film geek favorite to a certifiable classic. Despite its slow pace the film was dense with information and symbolism. The characters were original and the pacing was intentional. 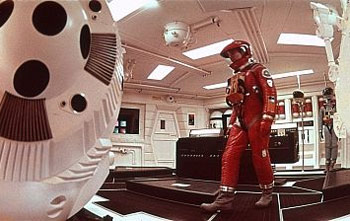 Make no mistake, the first 50 hours or so of the movie are daring and innovative and deep. What critics somehow missed is the self-indulgent ugly psychedelic shit Kubrick takes on the audience at around hour 77. 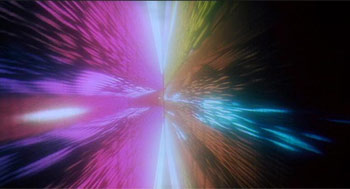 You know the part I'm talking about, the part where you get that vertigo-like feeling that you're trapped in the opening credits of Dr. Who. The part where Kubrick lets minute after minute of kaleidoscopic and horribly dated visual effects spool out in the projection booth. It's the part where you either turn the movie off or fast forward to the white room.

If a movie has a part like that then it doesn't deserve a perfect score from critics, but they deserve the 19th spot on this list.

Star Trek fans often jealously ponder why Star Wars fans are allowed to walk around in Stormtrooper and Darth Vader costumes with a modicum of dignity, while their Borg and Klingon suits get them ejected from Ponderosa Steakhouse. The answer to their cosmic question is complex and likely painful, but it is best summarized by a single image. 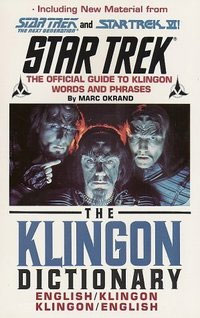 In 1985 Marc Okrand wrote and published a dictionary of Klingon words and phrases. Birth rates among Trekkies have been declining ever since. Klingon may not be a true language, but it's close enough to ensure that 50 fat guys with lumpy headpieces aren't getting laid anytime soon. It's also worthy of the 18th spot in the Most Awful Moments in Science Fiction.