The first line of the opening voiceover of Star Trek, repeated in most incarnations, is "Space: the final frontier." It's an iconic line that resonates with mankind's sense of adventure and exploration. It says, "Look at all we have done and everywhere we have gone, and then look at the vastness of space before us."

Then it lays a big fat turd on all that by the sixth episode of the original series, when the Enterprise time travels to prevent its destruction. Time travel and dimensional travel became recurring themes in all of Star Trek's incarnations. The bearded Mirror Universe beckoned, aliens would attack from unseen dimensions, and Star Fleet personnel would intentionally and unintentionally travel in time on an almost weekly basis. 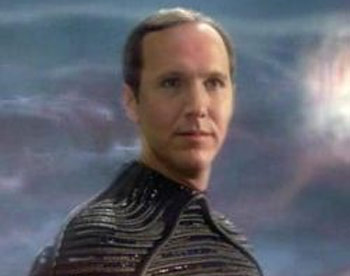 Space sounds good as the final frontier, but what could be more limitless than time? Alternate dimensions, probably, a subject matter explored often (and better) by The Twilight Zone. Those pesky dimensions are a subject that has infected science fiction writers for decades, prompting awful drivel like Sliders.

Time travel episodes helped to ruin the most recent Star Trek. Incessant droning about a "temporal cold war" failed to captivate and that gay motel owner from John From Cincinnati popped out of walls at least once per season to take Scott Bakula on an adventure through time.

An entire season Enterprise was about finding some super weapon and that turned out to be related to more time travel. The crew regularly time traveled to stop other time travelers before ending up trapped in an alternate time line of World War II where time traveling aliens helped the Nazis invade America. Time travel. 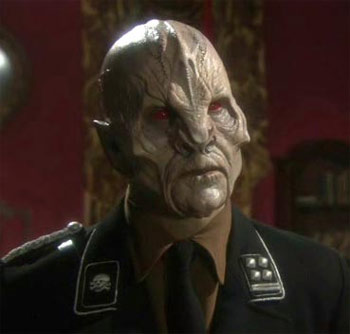 So, no, the final frontier is not space, at least in Star Trek. That fact has poisoned much of science fiction since the original series aired and earns the supposed final frontier the prestigious 5th slot in the list.

In 1936 a civil war raged in Spain between the fascist Nationalists and the communist Republicans. It was in many ways a proxy war between Nazi Germany and Stalinist Russia, but the conflict attracted volunteer fighters from all over the world. Many Americans and Britons traveled to Spain to join with the Republican side. Among them was a young writer named George Orwell.

Orwell was a Democratic Socialist, basically the sort of guy who might get elected in most European countries these days, but he rabidly hated Stalinists and particularly hated Fascists. His experiences in the Spanish Civil War deepened both opinions. 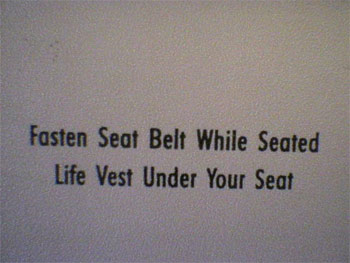 I love Big Brother.
Years later he would draw on his experiences in Spain and England to write a classic of modern science fiction, 1984. It blended the worst of Communism and Fascism to create a story about a common man surviving in a dystopic state that permanently oppresses him. 1984 was relentlessly dark, but what made it so great and accessible was that it was so very believable. Readers could find aspects of 1984's Big Brother reflected in their own national governments, wherever they lived.

Orwell so accurately read the nature of governments and so bleakly assessed the hearts of men, in part thanks to his experiences in Spain, that he created a book that would forever be referenced by morons. His name became synonymous with anything bad, or even seemingly bad, related to government. Listen to CNN or Fox News or read the Internet and you'll see "Orwellian" used to describe almost anything. 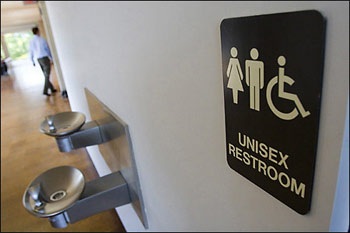 Orwellian.
The sad legacy of 1984 is that it provides a unique means to spotting people who understand neither government nor Orwell's book. If you see a guy call a camera on a school bus "Orwellian," or refer to Internet ads that read your IP address to match you with sexy singles as "Big Brother," then you know 1984 still works.

In spite of his quaint Three Laws of Robotics, Asimov was an explorer of science fiction boundaries in the middle of the 20th Century. His influence can be felt through generation after generation of authors that approach science fiction in much the same way he did. In other words, he was a good guy to have around. 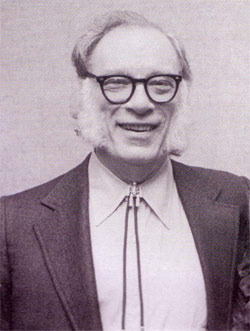 Unfortunately, heart problems in the late 70s and early 80s forced him to have multiple operations. He survived and recovered from these surgeries, but later learned that he had been infected with HIV through blood transfusions. The disease claimed him in 1992.

The worst part of his unfortunate demise is that people continue to seriously discuss the Three Laws of Robotics. Scifi authors and fans, I beg you, put down the torch. AIDS hates robots and so should you.