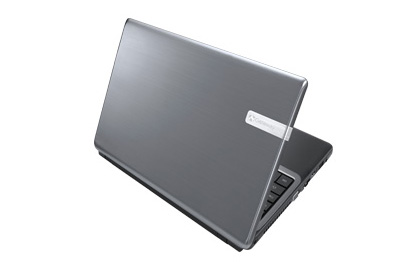 "What do you mean I'm a hologram?" demanded JC Hardiggan as he looked at his hand, which looked very much real to him.

Tech Detective Stacy Swallows looked up from her Gateway® NV570P04u Notebook and frowned at him flirtatiously. She turned the screen around so JC could see it and she tapped the keys several times to call up the holo program. It loaded immediately thanks to the NV570P04u's 1.8GHz Intel® Pentium® dual core and 4GB Ram.

"Watch the video," she said to him. "It will explain how your DNA was transferred to a hologram."

"But what about my memories?" asked JC. "I remember my childhood on the Moon Bubble." 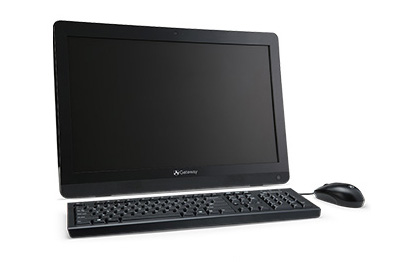 JC Hardiggan, Compu Cop, raised his Burst Pistol and aimed it at the Chip Head.

The crazy thug was too far gone on data chips to understand. He laughed and tapped some of the screen areas on the Gateway® ZX4270-UB31 All-in-One. Numbers spilled across the Chip Head's vision like a screen saver, but nobody was operating this computer.

"Too bad," said JC Hardiggan, "you could have been something, kid."

He fired the Burst Pistol with deadly accurate aim and the Chip Head blew apart, guts and all, smearing his brains onto the wall behind him. JC Hardiggan blew the smoke from the barrel of his Burst Pistol. Overhead, scramcraft zipped past and headed for the outer domes of New New Orleans. The spaceport was humming with activity as the robots began to unload the latest shipment of chips. And JC Hardiggan knew where those chips were going. To scum like this.