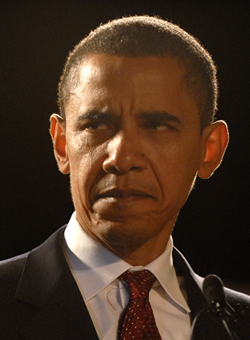 The captivating cadence that echoed through millions of American radios and televisions was entirely gone, replaced by a cold, deliberate monotone. "Make it quick. I'm writing another of the speeches, the ones that the infidels lap up like dogs returning to their own sick."

With an almost casual sweeping motion, Sadiq Khan slapped the young staffer hard across the jaw. "I am tired of this name. I am a prince of Araby, a man of the Afsharid dynasty, and my lineage predates this barbarous nation by a thousand years. You will address me by my honorable name, or you will not address me at all."

Blinking tears from his eyes, the boy continued. "A man is here to see you, Mr. Khan. He says it's of the highest urgency."

"Show him in, but please remind him that the last man who wasted my time now burns in your Christian hell." The staffer backed out, and Khan leaned forward in his brass-buttoned leather chair, closing his eyes, bridging his fingers in front of him and then ceasing all movement in his body, as if in deep meditation.

Mark Ramses strode in, holding a thick dossier in one hand and a cellular smartphone in the other. "I'm in his office now. Now. I'm there now," he shouted into the mouthpiece with increasing frustration. "I'll call you back, goddamn it-"

The smartphone flew from his hand as if yanked on a wire, and a springing thud announced the gadget's arrival in the wall ten feet behind him. Ramses turned, seeing the 3.75 inch high-carbon steel of a Swedish-made Oländig tactical combat throwing knife in the solid oak panel, the blade still vibrating at its resonant pitch of E sharp despite having fully penetrated the eight-hundred-dollar telephone that was now helplessly pinned to the wall like a butterfly in a child's collection.

By the time he'd turned to face the desk again, Khan had returned to the stillness of his meditative pose, betraying no sign of the exertion, but for one difference: an identical Oländig tactical combat throwing knife lay on the desk before him, angled slightly to point at Ramses like an accusing finger.

Khan opened his eyes, and his right pinky darted from his still-bridged hands to point at the knife. "I made a split-second decision between the telephone and your neck, Mark Ramses. Pray that I don't come to regret it, because it is easily reversible."

"Mr. Khan, I have some bad news. Blackstar is in jeopardy. There's been a breach in SCIA security, and one of the most dangerous men in the nation may be only days away from discovering your identity."

Considering Ramses' words carefully, Khan reached out and spun the knife on the desk. Ramses flinched involuntarily. Khan tilted his head and adopted a steely gaze. "I will kill this man. Tell me his name, and he will be dead by nightfall tomorrow."