That smell in the air? Rotting leaves and failure. It can mean only one thing: like an afghan of hate thrown over your legs, fall movie season is upon you. Hope for the best, accept the worst. You don't really have a choice.

There are dozens of terrible movies coming out between now and the hellish Christmas blitz, far too many to cover within the context of a single article. Instead, let's celebrate the outstanding examples of cinematic failures in the coming weeks. Heck, I'll even give them awards. Hollywood loves awards.

Steve McQueen's Yucatan Award for Horribleness in a Vanity Project 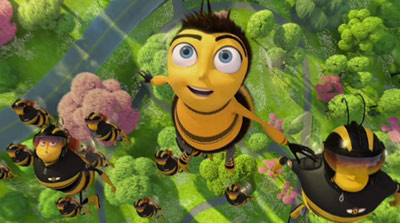 
Out-of-work multimillionaire Jerry Seinfeld has taken it upon himself to provide the world with a computer animated family comedy about a bee. No one asked for this, no one was clamoring for a bee-related Seinfeld film. In fact, the more the public has heard about Bee Movie the less the public has wanted to actually see Bee Movie. That might explain why the endless promotional push for the movie - begun over two years ago with Seinfeld talk show appearances and baffling teasers - has been unceremoniously ended. Seinfeld threatened us with a series of skit videos related to the movie, but Paramount has cancelled these and wisely dumped the stinking brick of Bee Movie into the early November dead zone. It all leaves me wondering why Seinfeld doesn't have any friends close enough to tell him that this was a horrible idea.

The D-Tox Award for Failure to Bust a Block 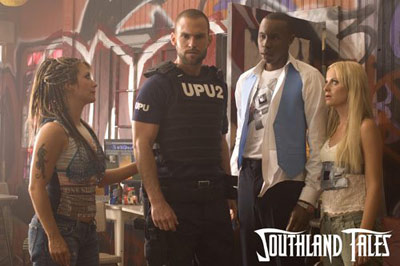 What's not to love about Donnie Darko director Richard Kelly's sophomore outing? Its 160-minute cut was booed at Cannes. Yeah, that Cannes, the one where people applauded for Brown Bunny. It stars master thespians like Dwayne "The Rock" Johnson, Sara Michelle Gellar, and Sean William Scott in TWO ROLES! Two times the Sean William Scott any other movie dared to bring to the big screen! Kelly has trimmed a half hour off the running time and shoehorned in a bunch of effects shots to please the plebes, but the buzz around this one is as ominous as a radio in Silent Hill.

The Antz Award for Most Bizarre Facsimile 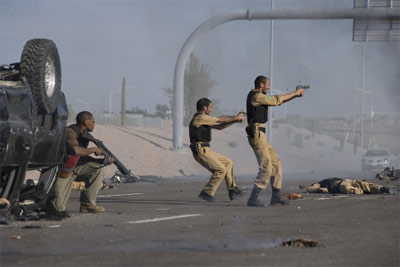 This Jamie Foxx action movie wants so badly to be Syriana you can practically smell George Clooney's salt-and-pepper musk oozing off the screen. Early reviews indicate it will be lucky if it gets to be George Clooney from Three Kings. Ah, well, I'm sure by the credits America will be saved and we'll all be a little wiser about the plight of big-eyed Hollywood towelheads and their beautiful-but-flawed culture. 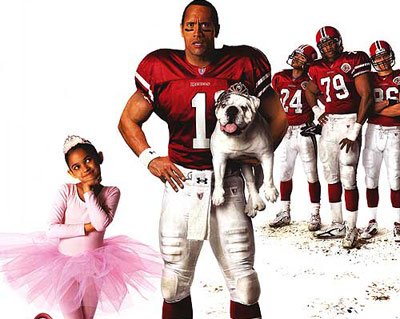 Two Dwayne "The Rock" Johnson movies in one season? Be still, my heart! Instead of a convoluted science fiction movie he's headlining a family comedy about - now get this - a trash-talking football player that has to take care of kids. Fucking genius, Hollywood! If The Rock keeps it up he'll have a Sinbaddy Award in no time!

The Gleaming the Cube Award for Uselessness in Titling 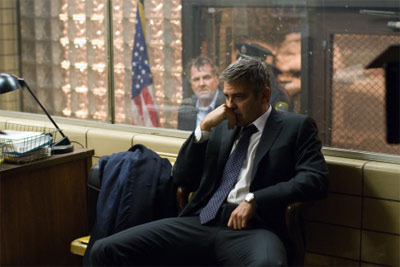 John Thompson. Warren Oliver. Daniel Perry. Those are just a few of the titles rejected by the geniuses behind this oatmeal bland business drama starring George Clooney. I assume it's a business drama, that's what the synopsis tells me. The trailer isn't much help, it's a mess of conversational snippets with no apparent purpose or direction. Michael Clayton Doin' Thangs.