This next complaint is difficult for me to put into words. It involves Mr. Stormbeard directly assaulting my family. The wound he caused is still very fresh. I suspect it will be many months before it even begins to heal. I don't expect to ever, ever forgive him. 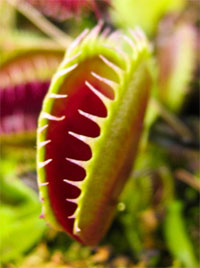 My beloved Benedict, the oldest of my two yellow labs, managed to get free and wander next door. The sweet dog, suffering from poor vision as a result of numerous cataracts, was unable to see the gigantic Venus flytrap growing in the middle of Mr. Stormbeard's yard. The monstrous plant consumed the poor dog whole, leaving nothing but a frail skeleton. When I confronted Mr. Stormbeard angrily, he simply shrugged and waved that stupid magic wand of his.

Just then I heard a familiar bark. I turned and saw my precious Benedict restored to health. Delighted, I left Mr. Stormbeard's yard and returned home with my old friend. Over the next three days, I grew to realize Benedict was gone. All Mr. Stormbeard provided was some unholy facsimile of a dog cobbled together from bone and magic. This new Benedict stared at me constantly with cold black eyes. It didn't sleep and it never looked away.

Fearing for my safety and that of my wife and other dog, I was forced to put this hound of hell to sleep. Mr. Stormbeard, with his yard of demonic and unnatural flora and fauna, killed my dog. Had that been a child that wondered into his yard, I'm sure the news media would be swarming all over this neighborhood like harpies, and the entire Shady Vale Neighborhood Association would be cast in a terrible light.

It is bad enough that Mr. Stormbeard's deadly yard stands in defiance of every last aesthetic and safety edict outlined in our neighborhood charter, but his very presence attracts an unsavory element. I'm not referring to the harpies, skeletons, evil wizards, warlocks, imps, beholders, dragons, and giant worms that seem oddly attracted to his yard. I refer to a certain class of people now purchasing property in this neighborhood.

I cite as example Bruce Truespeed, who moved into the house across the street. Now I don't mind that Mr. Truespeed is a centaur -- I am not a racist. What I do mind is that Mr. Truespeed regularly urinates and defecates in his front yard, in full view of God and everyone in the neighborhood. The last thing I want to see when collecting my morning paper is him waving at me while he fertilizes his lawn. Furthermore, Mr. Truespeed seems to bring home gentlemen callers on a regular basis. Worst of all, he has a derelict chariot parked in his driveway on cinderblocks. Neighborhood charter be damned, apparently! 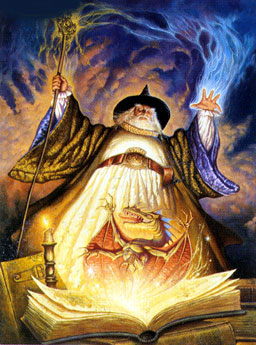 I have a hard time believing that an exhibitionist like Mr. Truespeed would have found his way into this neighborhood if not for Mr. Stormbeard lowering the standards. His presence has proven to be both a beacon and an open invitation to all manner of riffraff.

I suspect that Mr. Stormbeard's behavior will grow even more erratic and dangerous in the coming days and weeks. Two days ago I learned that Mr. Stormbeard reconciled with his wife, a sorceress. She has moved in with him. Already I have heard loud arguments coming from his residence at all hous of day and night. Arguments, I might add, that culminate in violent weather formations, strange anomalies that violate both the laws of physics and our neighborhood charter, and minor earthquakes.

Knowing that you are most likely under Mr. Stormbeard's supernatural sway, I am appealing to a higher power: the sacred rules and bylaws upon which the Shady Vale Neighborhood Association was founded. I believe they hold more truth and validity than any magic spell ever could. I ask you to search your heart and your mind -- even the parts that seem locked by unknown forces -- for the courage to send Mr. Stormbeard packing.

I trust you will rectify these great injustices. Please see the attached petition signed by my fellow law-abiding Shady Vale residents. We are desperately waiting for your help!