All abortions and no death penalty make racist forums poster a dull boy.

I for one am sick and tired of this religious bigotry toward Mormons. I lost all respect for California when they passed a law making marriage between a man and a Mormon illegal. That's the last straw.

I wish I could change my vote. Jordin Sparks? Ugh, what was I thinking?!

Republican Party out of touch? No... 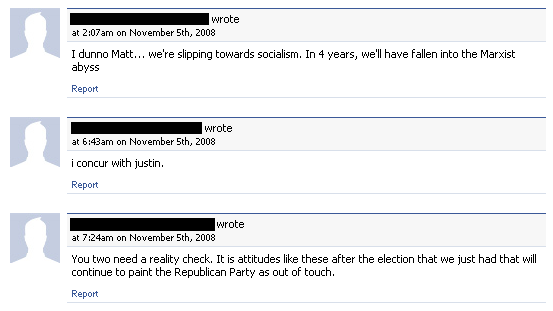 Do these guys not own a television or something? 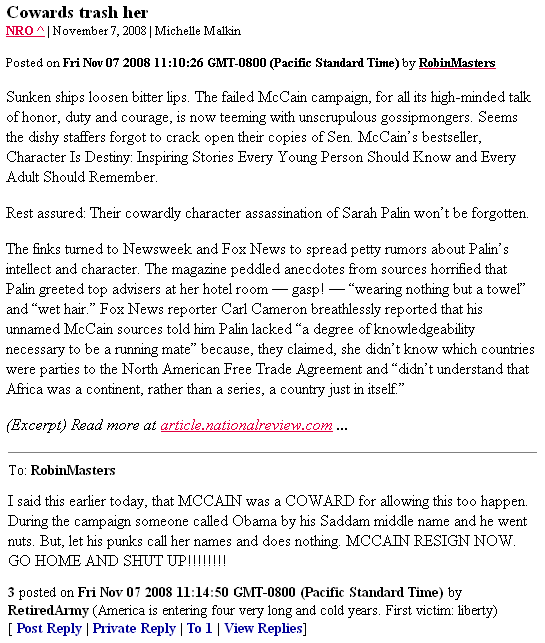 Now before you say anything, what were we calling our last president for the past eight years? Okay, then. Ralph Nader doesn't think it's racist, and neither should you!

Black kids getting free schooling?! Now I am just furious! Hey HardworkingWhiteman, I have a joke for you. Obama is going to make change all right, CHANGE IN OUR POCKETS BECAUSE THAT'S ALL WE'LL HAVE LEFT WHEN HE'S DONE WITH US. Ho, ho, ho! No seriously though I'm going to benefit a ton from his programs for lazy people like me. Let the good times roll. 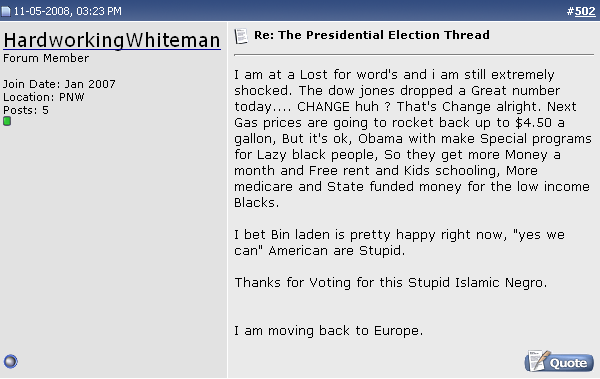