EXPECTATIONS: This looks like Coen Bros. lite with an award-hungry Brad Pitt squinting threateningly from behind a silly beard. The trailer always plays to big laughs in crowded cinemas, giving us the kind of nihilistic crime comedy that somehow manages to draw in both the crowds and the A-list casts. 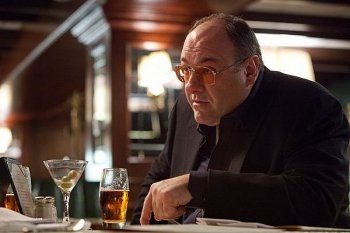 Please bring me lots of alcohol and fried chicken or something, because I am the hilariously fat, drunk character.REALITY: Killing Them Softly offers some genuine cinematic craft at times, coupled with a clever and witty script, but it all feels a little heavy-handed in how it delivers its political message. Yes, it's every bit as nihilistic and funny as the trailers would suggest, but it constantly feels the need to remind us that the American economy is really bad and there's an election coming up. Not a message that would play so well globally.

Set during the 2008 presidential election, Killing Them Softly follows mafia problem-solver Jackie Cogan (Pitt) as he investigates the armed robbery at a card game run by Markie Trattman (Ray Liotta). Everyone thinks Trattman did it because he robbed one of his own card games in the past, so the powers that be want him wiped out. Turns out, though, that the real culprits are young wannabes Frankie (Scoot McNairy) and Russell (Ben Mendelsohn) who were put up to the job by Johnny "Squirrel" Amato (Vincent Curatola). Cogan is happy to take care of the kids, but he brings in New York Mickey (James Gandolfini) to off Squirrel, which is a mistake in itself.

The plot is pretty elaborate for how little actually happens in the film. It feels like one big set up leading to not very much, which isn't necessarily a problem in itself when there's a point to be made, but the point being made here could have been pulled off much more concisely, I'm sure. So much of the film's running time is taken up with radio broadcasts of then-Sen. Barack Obama talking about change and equality while everyone complains about the economy. Did you know there's an election coming up? If you happened to have forgotten that, Killing Them Softly will remind you incessantly for 97 minutes. Unfortunately, it presents it in that conviction-free "I don't vote, what's the point?" mentality that you get so angry at people on the Internet for. 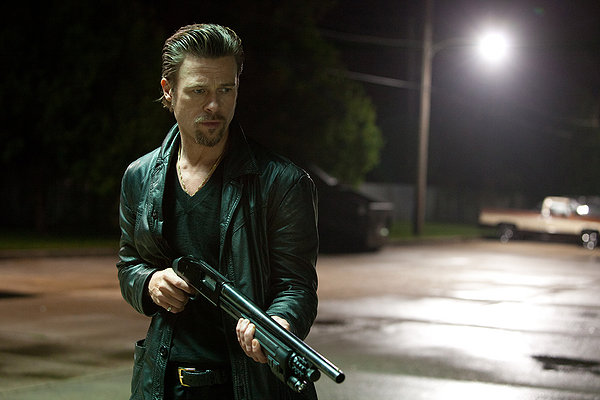 Hey, should we release our Brad Pitt movie in time for the early awards season or should we be cowards and assume people can't make up their own minds during the democratic process? Easy answer.

What makes matters worse is that the film feels like it's a heavily truncated version of the film it's supposed to be. We have a tantalising and distracting cameo from Sam Shepard in the prologue as Dillon, Cogan's boss. Almost every subsequent scene features Cogan and a mysterious driver (Richard Jenkins) talking about Dillon like he is in control of everything until a last-minute twist that is given to us only in dialogue. The fact that they cast Sam Shepard and dedicated so much of the script to discussing this character suggests that at one point he actually had some screen time and probably some interesting scenes that all got cut.

What really makes Killing Me Softly interesting is that we have here a film about the American presidential election whose American release has been pushed way back to the end of November. Yes, that's right, someone doesn't want this film's nihilism effecting your decision to vote and figuring out why requires some minor spoilers, so if you care about the ending to this film you've never heard of being ruined then just skip the next two paragraphs.

Okay, so now we're alone we can talk about how this film ends; it ends with the election of Barack Obama (obviously not a spoiler in itself) and Cogan giving a speech about how every president uses poetic language about community spirit and equality and such but that's not what America is. America, he claims, is not a country but a business... "so fucking pay me." That is the last line of the film and one that will leave the audience wondering just what exactly Killing Them Softly really wants us to consider about the election.

Is it directly telling us not to vote? If so, then I wonder what the point of that is? People who need convincing not to vote are never going to not vote just because a film told them not to, and people who aren't going to vote don't care anyway. But then, why all the constant talk of the failing economy? The problems of New York Micky's wrecked life and the endless coverage of the election build-up? Are the gangsters being mockingly compared to the Republican party? Are they suggesting we make up our own minds on political matters? Because that is just plain toothless. We have here an already toothless film rendered even more toothless by being robbed of its timeliness. 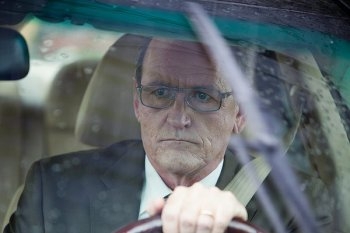 Rejoice, for we now live in a world where Richard Jenkins gets his name on posters.That's the ending covered, so let's get back to the beginning. The first line of the film belongs to Obama himself and it is simply "America." The rest of his speech is fed to us one word at a time, on either side of the obnoxious blaring soundtrack as the opening titles appear on screen. This is pure cinema, which lulls you into a false sense of cinematic security as the film eventually hands you over to a much more "writerly" experience, where everyone talks a lot and not a lot happens. There are moments of quality cinema in there, but they're few and far between.

Good thing the script and cast are otherwise pretty damn good. Killing Them Softly is an entertaining experience throughout, even if it fails to make a particularly concise or cinematic point. This film belongs firmly in the "deeply unpleasant is the new madcap" school of film comedy, though it doesn't go far enough to contend with Killer Joe. It should keep you laughing, but it's just not interesting enough to make you want to tear it apart to get at its forbidden secrets.

MINORITY REPORT: If only Killing Them Softly were hungry for some K-fried-C, it might really push that envelope. Then again, I've never seen Brad Pitt as someone capable of pushing the envelope since he could hire a dozen people to push it for him, putting him in the same category as the Republicans Killing Them Softly apparently seems to criticize. Whatever. I won't be able to see the film to judge for myself until after polling's closed and Mitt Romney's lost the election, so I guess I concur with Ian's review: What is the fucking point? - Sean "Keanu Grieves" Hanson