I missed midnight, which makes this my second day on the job. Dawn is still a couple hours away. I just keep hoping these motherfuckers will crash eventually, but they run on a different sort of fuel than me. They're propelled by booze, girls, and high-yield atomic drugs from exotic places. They're basking in the idea that everything they do is on camera. They are being immortalized every second of their lives. To them, sleep means letting those lights die.

The premiere is over. I'm sure it sucked. The after-party at Barcopa is over. I know it sucked.

The after-after party at Smoke Lodge got broken up by a Vietnamese girl with a ceramic knife. She snuck through the door detectors with it flat on the inside of her thigh. Just a stupid anarchist looking for any rich kid to hurt. Tried sticking it in the kidney of one of the Spelling twins and ended up with half her brain painted across the DJ booth. She thrashed around on the floor for nearly a minute just on reflex. We left before LAPD or the Greenbeans got there. 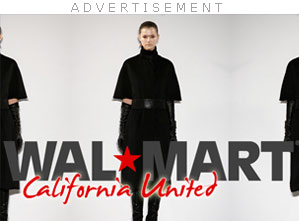 Now we're parked at terminal two of Bob Hope in Burbank. Everyone is getting sick of standing around. The girls are sprawled on the tarmac and leaning against the Escalades. The MTV crews are filming an argument between Howser and Rollins. They're fighting over whose jet we should take to Aspen.

"I've got a helicopter," Klint says for the third time.

Howser says his plane is faster and painted with some sort of anti-radar shit, so we can clear three airspaces without bothering to ask. Rollins wants his plane because we can fit most of the agency girls he's had us drag to the airport, but it'll mean a two hour holding pattern over the Rockies while the pilot fellates some bored little shit in a Colorado Commonwealth air tracking center.

That's what I get out of their argument anyway. They say everything so it only half makes sense and takes five times as many words.

"What do you think?" Rollins shouts.

My mind is elsewhere so he has to ask again before I realize he's talking to me.

"Me?" One of the MTV cameras swings to cover me.

"Yes, you, you big ugly slag," Rollins is sloshing a half-full bottle of Johnny Walker Blue all down the front of his shirt, "what do you think?"

I squint at him, but he's too drunk to have any sense left.

"I think this whole thing is a bad idea," I don't really like flying. "I think we should take you home."

"Fuck you," Rollins wags a finger at me for a few seconds and then seems to notice the booze in his hand. "This is for the Big Stunt!"

He takes a swig and then shatters the bottle on the ground.

"I've got a helicopter we can use," Klint offers once again.

He's bouncing around on needles, wired on some nasty Haitian speed I saw him score from a lawyer at Barcopa. He's gotta be close to crashing hard. He has that sweaty haunted look to him.

"Fuck you too," Rollins shoves Klint away.

Howser is just standing there with his arms crossed. Wind plays at his mahogany-colored Watanabe jacket and scarf. He's wearing shades at night like some sort of vampire movie. I saw Howser burn through at least half an ounce of weed at the Smoke Lodge and top it off with horse tablets of ecstasy. He still seems to have his head screwed on straight. I was right to peg him as the dangerous one.

We do. The models groan and moan as my guys pile them back into the Escalades. Howser picks out five of them to accompany us.

He's only half kidding. With the four MTV crews and the five girls, there's just enough room for me and one of my guys. I take Morrison. I leave Eduardo in charge of taking care of business. I give him a card before I leave.

"This is their manager," I explain, "he'll tell you what you need to know. Don't put up with any bullshit and remember the budget."

"Fucking come on then!" Howser shouts at me from the door of the jet.

"I've got you boss," Eduardo nods.

He starts to turn away. I grab his shoulder.

"One more thing," I say, "make sure those girls get home. I don't mind the boys having fun, but it had better be good, clean, American fun."

I just stare at him.

"Alright, boss. I've got your number if I need anything."

"I'm turning my phone off so don't bother."