I'm about to tell Herrera he can feel free to shut the fuck up. Vargas suddenly reaches over and grabs hold of Herrera by the throat. The kid has a little snub-nosed revolver in his other hand and he jabs it into Herrera's nose. Vargas's eyes bulge with fury and when he speaks flecks of spit strike Herrera in the face.

"My brother and cousin worked for the police," says Vargas, switching to Spanish. "In Matamoros. Twelve years ago. Do you remember Luis Vargas? Or Daniel Ramos? Do you fucking remember them?"

"I was only a baker in Matamoros," says Herrera, hardly bothered by the gun in his face. "My friend, I..."

Vargas jams the barrel of the pistol into Herrera's nostril, pushing the old man's head back.

"You owned bakeries, you sick fuck. Your trucks took drugs all over North Mexico and into Texas. And my brother and my cousin were executed by your thugs. They dumped them in the middle of the street. I was eight. I saw their bodies. You know how?"

"What's he on about?" asks Pike, who speaks no Spanish. "If he kills him we're not getting paid."

Vargas's wild gaze flicks to me, his nostrils flaring as he sucks in air to feed his adrenaline high. He gives me an instant of consideration and then he's right back to Herrera.

"I know because I rode the bus to school on that street. Every day. You left them naked with their hands behind their backs. I will never fucking forget the way their hands were blue and I'll never forget all that blood covering my brother's face." Vargas cocks the revolver. "They left my brother's eyes open. Staring at me. You're going to die now. Want to close your eyes?"

"It's alright," says Herrera. "I would rather die by his vengeful gun than be tortured and strung up by the military in Mexico. Please. Do me this favor and shoot me now."
Vargas hesitates. Furious, but stymied by Herrera's acceptance. Herrera looks Vargas in the eyes. 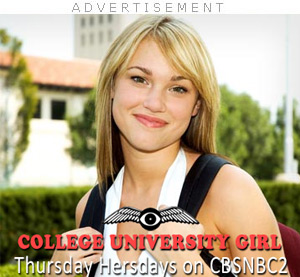 "Forgive me for what happened to your brother. I wish there was some way I could repay that to you, to give my life so his could be returned, but I cannot. I am not the man who did these things. I do not have anything to do with drugs or murders. Will it satisfy you to kill me now?"

"Then do it," says Herrera in English. "But there will be consequences for that. Things will become more difficult for you and your friends. Are you handing me over to General Valdez?"

"He wants to chop off my head. He is like you. I have taken things from him and I fear he is more creative with his methods than you. I will spend days repaying my debts to him. He will blame you if he is deprived."

Vargas raises the aim of his gun. Just a millimeter above the top of Herrera's head. Enough for me to reach with one hand and punch with the other. I feel Vargas's jaw flex beneath my knuckles and I yank the cold metal from his hand. Vargas whips back and his head collides with the window, hard enough to leave a fractured, white indentation in the safety glass. He slumps sideways in his seat.

I guess there might have been a way to solve this without clocking him, but I never liked the kid. Sob story or not, I just risked my neck for this job, and I intend to get paid for it. I got a house in Wyoming I'm trying to pay off before I turn sixty.

Vargas says nothing the rest of the way. He sits sullen, feeling the bloody wound on the back of his skull. He keeps his gaze on the back of Spinoza's seat like if he stares hard enough I'll give him the gun back.