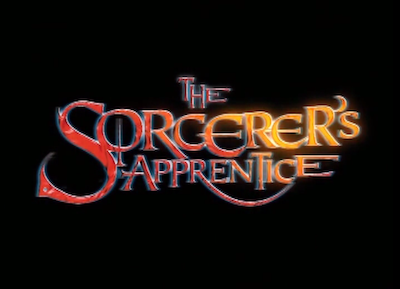 Overview: In present-day England, a young boy must help the ancient wizard Merlin stop the world from being destroyed by...goddamn it, we lose another big chunk of our souls every time we have to write another fucking summary of a child actor helping Merlin out.

The Case For: The evil Morgana likes to don the Corset of the Infinite Slattern and hypnotize people with her cleavage, so if you have no internet connection and you can't find any Penthouses stashed in the woods, here's your desperate last resort.

The Case Against: Unfortunately, you also have to watch her deliver the hammiest villainess performance this side of the Cyberwitch. Also, the rest of the movie, which manages to suck all of the magic out of magical duels and sorcery, forever. 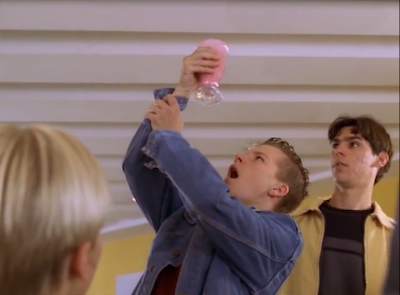 Somehow, amongst all the rubber monster suits and preachy modern-day Bible fanfictions and Michael Dudikoffs, there are few cinematic experiences more soul-destroying than the pre-teen magical adventure. There's nothing quite so painful as watching the secrets to unstoppable cosmic might being revealed to a snot-nosed little bastard who will inevitably use them to get out of Mrs. Monroe's math quiz or summon some tater tots in the cafeteria, before reluctantly getting around to saving the world from unending darkness. Or entering an unholy geas to pull some jerk's pants down, perhaps:

For the screenwriter who really wants to phone it in (which, let's be honest, you would too if you were hired to churn out this dreck), a Merlin theme is always a safe choice for your unoriginal near-lethal dose of whimsy, and you'd better believe The Sorcerer's Apprentice takes the easy low road. This particular incarnation goes by the brilliant pseudonym of "Mr. Milner", and likes to conduct arcane rituals involving shooting red lightning and chanting at the top of his lungs, which maybe explains why little Ben's family was able to score such a sweet deal on their huge countryside manor next door.

Anyway, we've certainly seen worse movie Merlins than Mr. Milner, although we thought James Callis was going to have a run for his money in the bizarre ever-changing accent department until we learned all the actors are actually just South African[1]. On the other hand, the titular Apprentice really goes out of his way to be the shittiest magic student possible. After days of stern lectures about the deathly seriousness of magical powers and how the fate of the world hangs in the balance, Benny decides to endear himself to the grumpy old man who refuses to actually teach him anything by breaking into his house and rifling through all the delicate ancient artifacts.

Sadly, Merlin seems to have no choice but to train the little jerk, since he has some kind of mystical spirit link to the staff that he's been slapfighting over with the evil Morgana for the last millenium or two. Morgana has spent most of that time picking out a wide array of outfits that show as much cleavage as possible, so we're assuming that's where her mystical powers come from. Also, despite having a rat and a cat turned human as bumbling henchmen who fail at absolutely everything to make her look better, she's incredibly useless as a villain. Her first attempt at kidnapping Ben and turning him to the dark side involves driving up to him and saying "Hello small child, you've won...a prize!" while her henchmen make stupid faces at him from the car.

Ultimately, The Sorcerer's Apprentice is disappointing to everyone in every possible way. There's some lame attempts at introducing an internal struggle over the use of power, but Ben's final choice between the old man who's slightly gruff versus the lady who admitted thirty seconds ago that she wants to eat his soul doesn't feel like that much of a moral quandary. Merlin proceeds to disintegrate Morgana, or banish her to hell, we don't know because there are no rules or logic to any of the magic in this movie. Then he promises to set everything back to normal, which leads to the exchange with Ben: "Will anyone remember?" "Not much." And what a great tagline for this stupid movie. We'll be chanting at the top of our lungs in the hope that it comes true.

[1] Of course, a South African accent is the same thing as an insane ever-changing melange of other random European accents, but it's an unfair natural advantage so we're going to let James Callis keep his trophy in unintelligible mumbling.