Subj: THE HORSE AND THE RUMPUS ROOM

HELLO!!!!! It is on warm summer days like this that i sit and think about the horse we used to own and how it used to pant and wheeze in the summer sun. What a gorgeous beast !! We got him so many years ago and he was there for us all the time especially when the neighbors would get a new car and we would get on the horse and go walk around the neighborhood to show we were still cream of the crop when it comes to neighborhood big shots even when the horse was sick and making a mess every block or two. 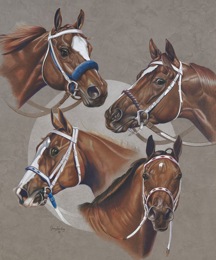 We had that horse for a long time but i never reavealed the true reason we got rid of him and i probably never will but what he did one afternoon did NOT help his case. It was a long weekend and your mothers family was in town so rather than having the horse in the guest room we had to put him in the Rumpus Room.

Let me tell you about the old Rumpus Room you probably dont remember it because it was before you were born. Before it was the Guest Rumpus Room it was the Rumpus Room with fancy paint and games as far as the eye could see. It was decorated up to be a crazy place with a string of christmas lights coming out of a hole in the ceiling and parts of a car appearing to crash through the wall!! i took apart a car and brought it in piece by piece to make it look like half of a car was in the room but i didnt remember how to put most of it back together so i just put the parts up all over all the walls which got the point across

Dateline about 11:30 at night we hear sounds like tires screeching aka the Horse Wail. i run in there and find the horse is going hogg wild busting holes in the drywall and getting up on its hind legs and bashing its head into the ceiling making the whole house shake and rumble, biting cords and appliances and just being an all around bad horse. Now sure that is a full blown horse we are dealing with but one thing he didnt gamble on was that he would be up against me, and i was one of the few kids who could grow a full beard before high school was over so I think I know a little something about being tough stuff... Lets just say that after a large amount of yelling at it and it busting the house up it finally lost its temper tantrum and went out the french doors to the yard, probably feeling the heat from my discipline after all this beast had destroyed my xanadu or my zardoz if you will before my very eyes. Whether i took refuge inside the refrigerator for a few moments isnt important no matter what your mother would say 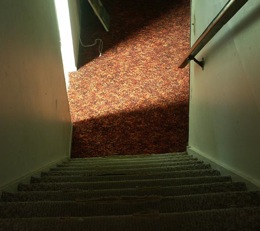 Who knows why the horse went nuts. I try to think of what would make me, a beautiful man, go wild and bust up a rumpus room to that degree and there are only a handful of things that could make me go that wild. maybe it was just a jokester and liked to put one over on the big guy or perhaps it was mad about being trapped and unable to travel back into the past to save a future that might never exist (our present? alternate history?? is our timeline corrupt because of the failed horse quest?) this theory is my personal choice because it explains why the horse tried to leave the room with my metallic car windshield sun shade but only got so far as to chew it up (anger over losing a timeline that history forgot)

And the cop had enough gall to ask if we were making the horse excited. Well Think About It Genius, It Was A Rumpus Room. There was the constant music "Foot Loose" and the pinball machine i found was constantly banging around and making noises and of course the flashing lights. Who wouldnt be excited?? I dont care what animal you are that's an exciting room. GOODBYE!!!!!!!!!!

THE MOST FUN MAN IN TOWN