Subj: IMPORTANT INFO ABOUT BACK YARD

It is late as I write this but I merely have a single question for you... the way you answer it doesn't even matter and I would appreciate it if you would not tell me your answer. would you still respect your dad if you saw other dads forcing him to eat bugs?? Dont answer it just think about it but not too much!!! 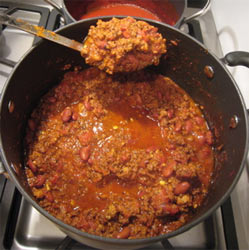 Now listen Help your Dear Old Dad out and please find out if there were any other foods in the old west besides chili.. I'm so sick of chili and i think its coming through my skin and making me smell like chili. The other day I was in the store and a nother man said very loudly and obviously "Good God Whats That Chili Smell Coming Out Of" and i almost turned around and started a ruckus on him I think the chili is getting me moody as well and after I eat a bunch of it I feel like the man in the movie mission to mars whose head was instantly mummified except for me it feels like it is happening over the course of 45 minutes. I Have almost $300 worth of chili left in the back of the car I hope I dont have to go bury it

Speaking of that it might be a while since I get back home and I have important news. Im a man of regrets and shame and as you will soon find out if you look around the back yard I have been burying some things you guys got me for example: 1) The Power Drill i had to get rid of it because day and night i lusted after its power 2) Shirts.. this was during the "no shoes, no shirts, no sneaking up on me" time i had 3) Atkins books from when i found out i could not eat carbs. For the first three weeks i thought i was just avoiding crabs and thought it was easy and "No Wonder This Is The Diet Of The Stars.." I got so mad I buried it all and i would do it again 4) When the person at my work changed genders they gave all of us at work a pamphlet about it and I came home and buried it 5) an armoire.. in 1998 or 99 our neighbor at the time left it out on their lawn so we took it because we needed one and he came running out of his house 20 minutes later looking for it 6) iguana 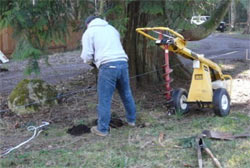 Another time was when another neighbor who was friends with my wife started rumors that she and I were unsavory. now this was coming from a woman with a single leg, believe it!!!! So we invited her over and between the 3 of us we had a few bottles of wine and before we knew it she had taken the leg off and i nearly threw up i had to run out of there. When she took it off the skin it peeled away like sweaty skin stuck to leather and there was a smell like sweet eggs and bad breath. I guess my wife and her just kept talking but it was so gross. I was going to bury the leg (that was the plan) but things dont always work out the way you plan them which is my ultimate point even moreso than burying things. 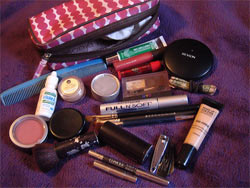 I usually buried things at night I used to do it in the day time a long time ago but once I was burying the neighbor's wife's makeup bag to get him back for something (different neighbor and A Long Story) and he came lumbering down the road at me and while i did have plenty of time to run inside and lock myself in the house the enormous man banging on all my doors and windows riled my pets up for hours until i climbed up on the roof and threw the makeup down onto him below. he had been washing his car with the car stero playing "EVERYBODY DANCE NOW" very loud on repeat and i'm a man of simple taste so I stole makeup from the wife and took it home to bury in my yard. i have found it is better to bury things at night mainly because that particular neighbor has terrible night vision