We could see the Army trucks coming for us from miles away, up that road and up Route 20 all the way to Red Ridge. I tried to climb back into the truck, but that sound hurt so bad and made me dizzy. Mel tried to start the engine, but it wouldn't turn over. Time got all slippery, the trucks coming towards us moving like slides were changing. Closer...closer...closer...

Then the soldiers were in around us. Two of them big metal machines, the hoplites, with the guns and the iron masks they weld on to scare the Unfolders and their sympathizers. I'd never seen one up close even though I made gaskets for the Ford Mark-19. Most of them were in those space suits with the gas masks. They were real gentle, not that we could put up a fight. Took Mel's keys and got him out of the truck. Put us both in the back of one of theirs.

After that my memory is a little bit like the slide show. Little bits and pieces are still there, but there's no movement. Everything is just frozen and disconnected and there ain't no one to tell me why I remember what I remember. 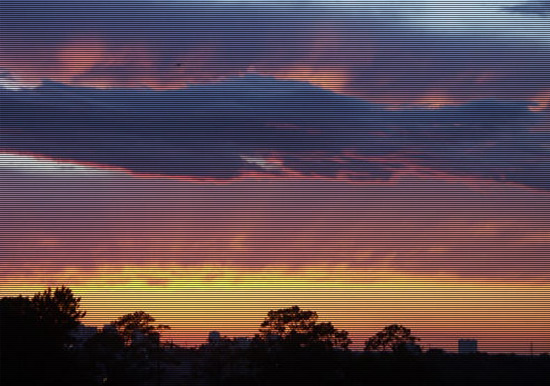 The next thing after that is holding a shovel. I remember that. And concrete. Always pouring concrete. There was a word. "Sarcophagus." I guess like the old Pharaohs used to be in, only this was different. It was pylons made of concrete with all sort of big metal antenna and guy-wires securing it. There were a bunch of them.

They were closing it up with broadcasts I guess.

I remember laying on the ground, cold, underneath the stars. Thousands of people all around me. Some were sick with burns and sores and losing their hair. I could taste blood and my teeth were loose. I know what that was. That was radiation. There was also some other part of that. Something worse...that thing...still there, walking among us. Taking the sick ones. Taking them and they never came back.

My last memory of that time was feeling very weak. The radiation had got to me good and I was very sick. It was dark and I was leaning against my shovel and I looked up and above the horrible light of the bleed I could just see the moon. And then I was down and we were all resting and that thing came.

It looked at me with all its eyes and it reached out and touched me with a finger that was very soft and damp, like cooked meat. It looked at me and I knew that it was tasting me and I was so afraid. I messed in my pants, but I couldn't move no matter how much I wanted to get up and run.

Then it moved on. I guess I wasn't sick enough yet, not quite. And it took that lady whose battery I changed, because the women were always sicker. And she was smiling. And I swear I could not look away as it opened up and took her apart and she was just a foamy pink liquid. Like soup. Like poor old Mel's puke in his truck. There was nothing left of her. I swear to God Almighty that I saw it kill her.

And then they came. And it died. God help me it died and I woke up as it died. And those of us left, next to that big Sarcophagus all woke up and the tone went quiet. And we cried and fell in each other's arms as the Army men died and the hoplites burned and people screamed. But not us, we just held each other and watched with our faces running over with tears like we were little babies.