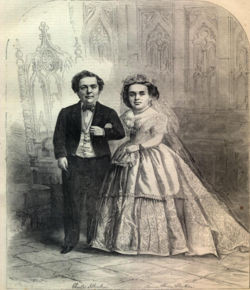 For the bachelor party someone thought it would be great to, among other things, go to a paintball range and hurt each other. I snuck up behind the groom and unloaded on him at point blank range leaving 4 large bruises on his neck and forehead where his helmet didn't quite cover him. They had to reshoot the wedding pictures a week later because he looked like he got hit by a truck. It sucked.

A friend of mine back in Texas got married to at a CD Warehouse. If you don't know what that is, think of a Sam Goody, only crappier (if you can imagine). I don't know why he chose to get married there, but I think maybe 7 people showed up, including his dad, who stayed for about ten minutes and then left.

My dad went to a reception where the only food was a bucket of KFC on each table. No word on if there were sides included.

My cousin (by marriage) had one of her bridesmaids sing a very long, very off-key song during the ceremony. I made the mistake of making eye contact with another family member and had to stifle giggles for a while. It was one of those songs that had a lot of false endings, so it was extra painful.

The better part about that wedding, though, was the fact that her brother was the one filming it. He ended up being featured on America's Dumbest Criminals several years prior to the wedding for videotaping himself while committing a crime. I'm sure he has some skill with a camera, but really?

I was married last December, and there was only one mishap, although it was a fairly bad one. Some drunken cousin of mine dropped a few glasses on the dance floor on one of his many return trips from the bar area.

All the girls weren't wearing shoes while dancing. Bloody doom was our reward!

Really only a couple of people got it, and only one bled profusely, but even a small amount of blood on a dance floor is odd and gross and scary.