The Academy Awards are now firmly behind us, so we decided it was high time we gave our own views on the cinematic high-points of 2010. We start with Ian "ProfessorClumsy" Maddison's unbridled passion for The A-Team, move silently into Joseph "Jay Dub" Wade's warm feeling of déjà vu brought on by The King's Speech, segue cleanly into Sean "Keanu Grieves" Hanson's feelings on Black Swan and what it means for the future of American horror films, and finish up with Martin R. "Vargo" Schneider's appeal for the overlooked gem Cyrus. But first, let's cut right to Vargo, who has a few words to say as our official host for this event...

Welcome to the first annual Current Releaseys! I'm so happy to be hosting tonight. I have so many people to thank for this moment. I'd like to thank the Internet for making me a minor celebrity. I'd like to thank ProfessorClumsy for editing my shit until it's actually funny, but mostly, I'd like to thank Alcohol. Thank you, sweet booze. You have been my partner and friend through so many of these films. You are my support system, the wind beneath my wings. You are the reason I'm here. Damn you.

2010 was a big year for me. It was a big year for movies, too, but mostly for me. I joined the Current Releases staff in August with Dinner for Schmucks. Then I said "Fuck this, I quit." But you would not believe how good these Something Awful people are at writing contracts! So, here I am, several months later, and I can honestly say that if I weren't forced to, I never would have seen Burlesque. 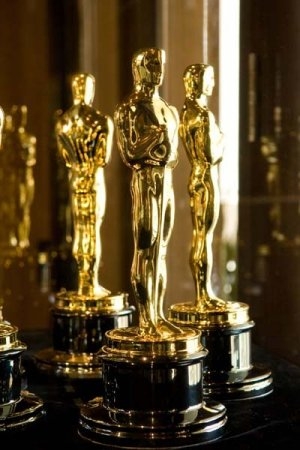 The gold foil is a little tacky, but the chocolate underneath is delicious.Hey, let's give ProfessorClumsy a big hand for convincing us that the movie about a man being kidnapped and buried alive was a comedy. Who said the British don't have a sense of humor? He finds watching kidnap victims suffocate to death hilarious! And don't we all. Cool thing about Ian's review of Buried: His ticket actually covered the budget for the entire movie.

Jay Dub, buddy, how's it going? Still hanging out with farting dogs? That's cool, man. That's your thing, and you're good at it. I like what you do, man, never change. Oh, hey, you may have heard I just finished a script. It's about a talking tapir (voiced by, oh, I don't know, Hugh Grant or somebody) that's on the run from the FBI or the mafia or whatever for some reason, and he finds his way into a suburban home, and at first they're like "What the fuck is a tapir?" and then they learn to love him, and they beat the mob/government/rogue assassins with the power of friendship. I call it The Great Tapir Caper. Can't wait for you to see it. Seriously, you're great.

But, hey, movies, guys. Also, commas. 2010 had a lot of great movies that went unrecognized. Stuff like Blue Valentine, Never Let Me Go, It's Kind of A Funny Story, Black Swan... Oh, you're saying Black Swan got a lot of recognition? Well, where's the Current Releases on it, huh? There's no way we'd just pass by a movie like that if it were important. We would never let that happen. No way.

By the way; I'm really happy you guys made me see Country Strong. Everyone made a big deal about Gwyneth Paltrow singing, and she's really, really good. Yeah, clearly she put a lot of work into it. I hope that you guys send me to her next movie, too. I always like it when singers try to act! 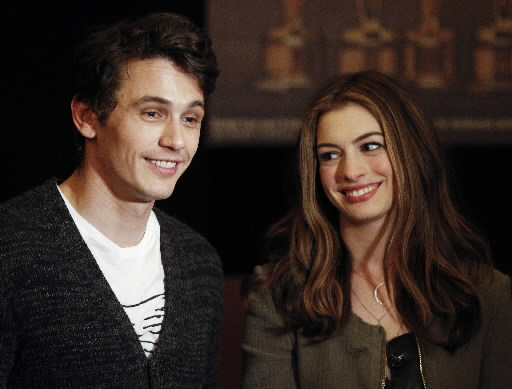 Anne, are there any nachos?

This is about the time when the host does a Charlie Sheen joke, right? Okay, let me see... um... This year's Best Foreign Language Film nominees included a controversial Greek film featuring themes of incest, brainwashing, and cat mutilation. It's called "Dogtooth," but they could've called it Weekend at Charlie's, amiright? Ba-Zing!

Hey, you know what I realized about this year's Best Picture nominees? Falling off of shit. Seriously. 127 Hours? Dude falls in a hole. True Grit? Little girl falls in a hole. Toy Story 3? Everyone falls in a big fiery hole. Inception? Holes in reality. Black Swan? Swan-dives off the top turnbuckle like Randy "The Ram" Robinson. What am I saying here? I dunno, Oscar likes it when people fall down. Oscar's kind of a dick.

Oh, I'd like to take a moment here to address my colleagues in the criticism community. Hey, guys! It's 2011! Stop making puns, assholes. Seriously. It is totally possible to write a review without making a play on words about whatever the film's subject matter is. It's okay to say "Harry Potter was very good!" You don't have to say "Harry Potter cast a spell on me!" The Fighter did not "hit you where it hurt," The Guardians of Ga'Hoole did not "have a problem making you give a hoot" and nobody "cashed in" on Wall Street 2. You are supposed to be journalists, stop with the mom jokes already.

Also, I'd like to thank Natalie Portman. Natalie, before you, I didn't know I was into pregnant chicks. This is a part of my life I'm happy to have discovered.

Alright, everyone, let's move on with the show. Here to read the nominees for "Best Running Down of a Train" are Kirsten Dunst and Montague "Legally Sane" Smythe!