REALITY: Following the trend set by last year's Tinker Tailor Soldier Spy, Shadow Dancer combines the spy thriller with the kitchen-sink drama to compelling effect. Dynamics between Irish revolutionaries, professional spies and family members are all handled in an incredibly realistic and down-to-Earth way as the lines between those groups get blurred and morality becomes confusing.

At the heart of the story is IRA operative and single mother Collette McVeigh (Andrea Riseborough) who balances her time between caring for her son and carrying out acts of terrorism for her brothers Gerry (Aidan Gillen) and Connor (Domhnall Gleeson). After a botched attempt at a bombing on the London Underground, Collette ends up as an informant for an MI5 agent known only as Mac (Clive Owen). Intrigue ensues as Colette falls under the suspicion of crazy IRA enforcer Kevin Mulville (David Wilmot) who will stop at nothing to root out informants. Mac must battle against self-defeating levels of secrecy in his own organisation to help her. 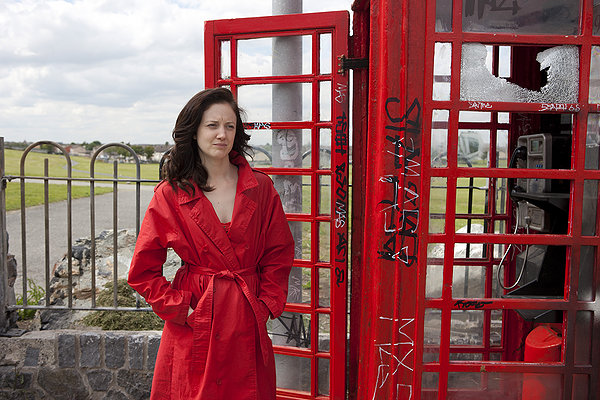 The most stunning thing about this film is its cast. Andrea Riseborough may be a Geordie, but her Northern Irish accent is spot on - or so I'm informed by those with an ear for such things - and she embodies this character so fully that you're never going to doubt her. Aidan Gillen's star is most definitely on the rise. He played the villain in Jason Statham's recent working-for-scale vehicle Blitz and he appeared in the prologue for The Dark Knight Rises, so he's now a face people are going to start recognising. Here he shows an incredible range of emotions. Yes, he's a menacing presence, but he is also a caring brother, son and uncle. In one very moving scene, he gives his nephew a new bike for his birthday and obsesses over him testing its safety, all the while knowing that his brother and sister are under suspicion from Mulville.

Clive Owen adds some real star power to the proceedings and, while he isn't the kind of fully immersive character performer that Riseborough or Gillen are, he does have that leading man presence that really works for this role when he's running around trying to learn the truth from his boss Kate Fletcher (Gillian Anderson). His character is a lot like the Benedict Cumberbatch character from Tinker Tailor Soldier Spy, trying to do the right thing but always being part of the problem anyway. I also find it reassuring that he is a paunchy guy with skinny arms who still manages to be considered a handsome movie star.

Shadow Dancer is going to be a film that finds its audience if it ever makes its way across to the United States, but it won't be a huge one. Who in America cares that much about the Troubles in Northern Ireland? Sure, there's plenty of interest in spy thrillers, but this is hardly going to out-perform Skyfall, is it? If you liked Tinker Tailor Soldier Spy then this is definitely one to keep an eye out for. If you liked The Wind that Shakes the Barley then you'll find plenty of interest here. It's not quite as good as either of those, but it is very good in its own right.

MINORITY REPORT: This sounds incredibly progressive for an adaptation of a Shinobi game. Changing his gender, nationality and profession is a bold direction to take with the franchise, but I'm glad it seems to have paid off! - Joseph "Jay Dub" Wade

Wow, that does sound like an awesome Shinobi movie! And this guy James Marsh wasn't even on my list of "Brilliant directors, who should make video game adaptations"! - HeavyMetalucifer