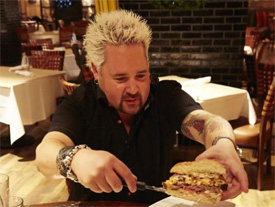 Avarice dooms them to labor for eternity. With their chests they wheel great weights, one into the other, creating a thunder of clashing stones and a clammor as they cry out, "This burger is money!"

The Mayor of Flavortown Burger

From beneath the dark Styx look out the joyless eyes of the sullen, to witness and never exult upon the fury which transpires upon the surface. The wrath of rulers in constant battle, each inflicting and suffering in equal portions, to ordain oneself the ruler of Flavortown, a savory summit never climbed.

The burger that conquered New York City's Burger Bash 2013. Violence and chaos overwon and macaroni eternal steeped in Phlegethon the boiling river of blood, for bash you may, upon those banks centaurs patrol and when bacon flops upon the shore it is quickly met with arrows and submerged once more forever.

God granted the turkey but one flesh of which defilement makes an undoing of heresy. To be entombed in flaming grills among the Epicureans, so seared for that belief in fleeting life above all else, a lesson learned in scorching lines tattooed upon their bodies, as rad as Guy's ink. 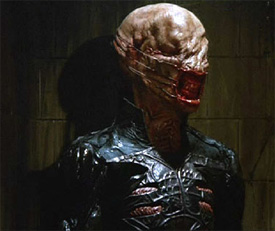 Ascend as I not with Virgil from beneath the undergloom of the miserable mountain called Purgatory but instead with rockin' fruit sauce out from the desert of cravin' to climb this cheesy peak and so plunge with glee into the the freezing misery of the 3rd Circle.

Dare you offer gold to Saint Peter? Simony, that temptation of those who rule the church as a brothel, to be thrust into this crunchy crust of fried ice cream. Carbuncles of corruption drenched in chocolate, Popes I will not honor by name to be burned by the soles of their feet and denied any mercy.