BIDEN SEACREST: Wow, that was gross! Okay, next up is an elderly gentleman from Savannah: Les Maddox, age 89. Les is having trouble figuring out what's wrong with him.

AL-SOTOMAYOR: I like it. A little twilight years, a little twilight mystery. You don't know what's coming. That's fresh. It mixes things up for people. Les, I want you to know right now, I think this could be good for you. Sometimes Les is more. Think about it.

COWELL: What seems to be the problem?

COWELL: You mean you don't know?

COWELL: If you don't tell us here, no one else will listen to you, because you are old.

AL-SOTOMAYOR: Les, I want you to tell me what the problem is.

LES: (sotto voce) There's a black person next to you.

OBAMA: I hate white America, Les, and I hate you.

Obama takes the malt liquor bottle, now empty, and slings it one-handed back over his head. It lands flawlessly in a garbage bin 25 feet behind him and shatters. He opens another bottle.

COWELL: We know he's up here. Tell us what else has been ailing you.

AL-SOTOMAYOR: You can't remember what ails you?

UN SOLDIER: (stepping forward) If it please the panel, I believe he has Alzheimer's.

The soldier produces a form from a pouch on the side of his belt and hands it to Les.

LES: I think I filled one of these out. I don't remember what's on it.

COWELL: You'll have to fill out a Request New Form form. Guard...

LES: What do I put on that?

COWELL: If you're not sure, there's an Exploratory Form that helps us determine your options. Do you have a private health insurance policy?

COWELL: Guard, give him the Private Health Insurance form, too. You can see him out. 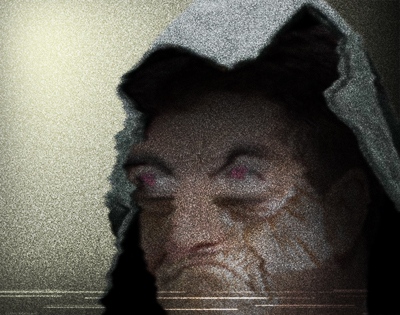 One soldier walks Les out of the light. As soon as he's out of earshot, Obama leans forward and drains another 40-ounce three-pointer while pointing a long finger at the other soldier.

OBAMA: Grandpa needs to die, understand? We have eminent domain. Over his head. Redistribute whatever's inside it, into a bucket.

COWELL: Burn the corpse. It makes potassium for crops for the Food for Oil program. Also a slurry for feeding premature drug babies.

OBAMA: One more thing, dawg. Run his insurance through and put a brotha's grillwork on the bill.

COWELL: It's double taxation, soldier. Just do it.