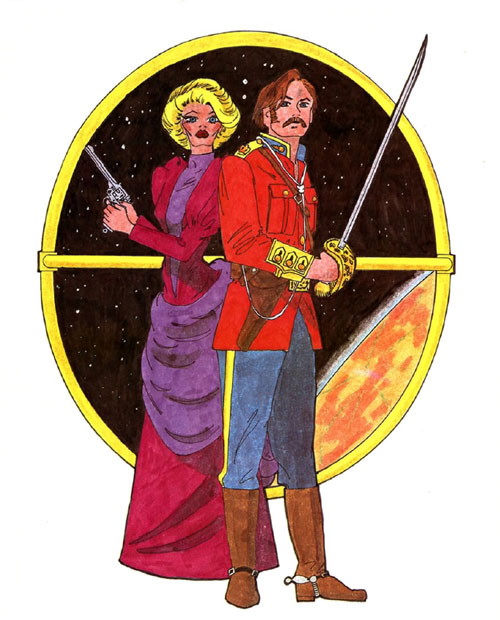 Zack: Most of the book is printed in black and white, but occasionally there are these lovely full-page color plates. Like this.

Steve: Is that a Martian woman?

Zack: It's a Victorian woman. They wore various under-garments and strappings to push all of their organs from their waists up into their bulbous fish-faces.

Steve: If I were going to get into a space gun fight the one place I wouldn't stand would be right in front of a window.

Zack: You probably shouldn't stand near any space pipes or ductwork either because if a bullet hits those steam is going to shoot out and scald you.

Steve: I thought the space engines in this were electric.

Zack: The electricity comes from steam.

Steve: Where does the steam come from?

Zack: My fucking ears if you make me explain how a steam generator works.

Steve: I was just testing you because I know exactly how steam generators work on a steam space ship in 1889 because those are all real things in reality.